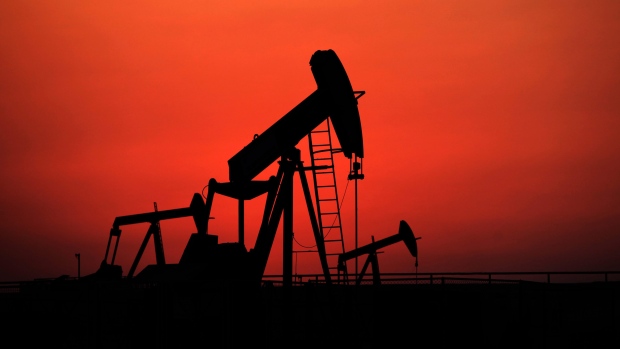 Oil pumps work at sunset in the desert oil fields of Sakhir, Bahrain , The Canadian Press

Jeff Rubin isn’t predicting the price of oil any more. The man who infamously called for the price of a barrel to climb above $200 back in 2008 as chief economist at CIBC World Markets is now making a bear case for the commodity.

His hope to see Canada’s oil sands mature into the next Saudi Arabia has been dashed as Alberta’s high cost producers face dismal production margins on what they pull out of the ground.

“It was 2008 and oil was at $147 per barrel, and the world economy was growing at five percent per year. I said that if oil demand was going to continue to grow at the pace, we’d see a world of $200 oil prices. I think at the time it was broadly correct,” said Rubin in an interview with BNN.

He continued to call for higher prices well into the beginning of the U.S. shale boom in 2011. What he didn't anticipate is high cost North American oil trading at discount to international peers.

The price for Western Canada Select, a blend of heavy Canadian heavy crude, sells at roughly $15 US less than the North American benchmark WTI price. That price discount has actually narrowed from $32 a barrel a year ago, but OPEC is poised to continue oversupplying world markets by up to a million barrels per day in an apparent attempt to regain lost ground from shale producers in the U.S. and oil sands refiners in Canada.

Overproduction, like beauty, is in the eye of the beholder according to Rubin. He says oil prices will continue to decline if high cost producers don’t acquiesce to cheaper ones in the hopes of gaining some level of price support.

Long story short: capex and expansion plans in his once beloved Northern Alberta, and North Dakota will need to be reined in for the foreseeable future.

“What we’ve done is we’ve traded in our dependence on OPEC for high cost domestic supply. Now the question isn’t even pipelines to double production, because that is nonsensical with today’s oil prices. The question will soon be how much the two million barrels per day coming out of the oil sands is sustainable in a world of under $50 Western Canadian Select,” said Rubin.