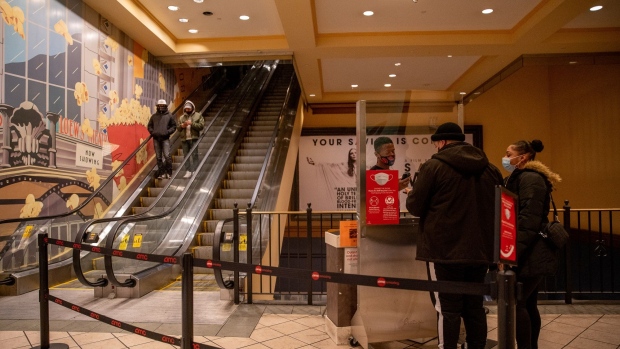 A worker, center, scans an electronic ticket on a smartphone at an AMC movie theater in New York. , Bloomberg

(Bloomberg) -- Jefferies told clients Wednesday its prime brokerage arm will no longer allow the execution of short sells in GameStop Corp., AMC Entertainment Holdings Inc. and MicroVision Inc., according to a memo seen by Bloomberg News.

“Until further notice, Jefferies Prime Brokerage will no longer offer custody on naked options in GME, AMC and MVIS,” the memo noted. The firm will no longer allow the execution of short sells of those securities, the memo continued, noting that other stocks may be added to that list.

Read: AMC Warns Investors in Stock Sale Could Lose It All