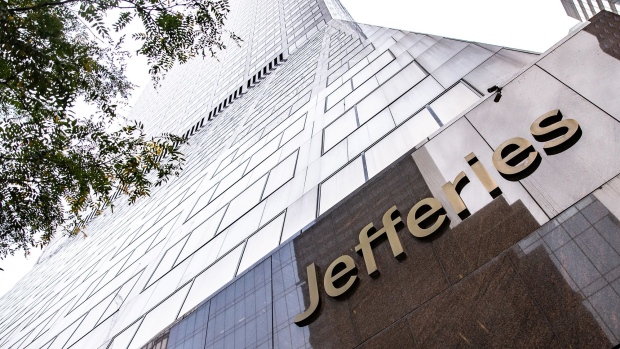 It’s “feeling like a transitional year in our business, but one in which we are making good progress in enhancing our market share,” Chief Executive Officer Richard Handler and President Brian Friedman said in the statement. “We continue to invest toward further growth, most notably in investment banking.”

Jefferies traders generated $452 million in revenue during the quarter, a surprise increase compared to the same period a year earlier as equities trading surged. While the firm said fixed-income trading revenue, which dropped 15%, was hindered by “by lower trading volumes, mark-to-market losses on certain mortgage inventory positions and a slowdown in securitization activity,” revenue from its larger equities trading business soared 17%.

The results are the first peek at how the recent slump in investment-banking activity could affect the fortunes of the country’s largest banks. Wall Street executives in recent weeks have warned that clients are still spooked by inflation, the Federal Reserve’s interest-rate hikes and the potential for a recession, causing many of them to avoid mergers and creating a slump in capital-markets activities.

Taken together, the results meant firmwide profits dropped to $195 million, or 78 cents a share. Excluding penalties tied to a settlement it reached with regulators over employees’ use of unauthorized messaging channels, per-share profits were $1.10. That compares to the 73-cent average of analyst estimates compiled by Bloomberg.