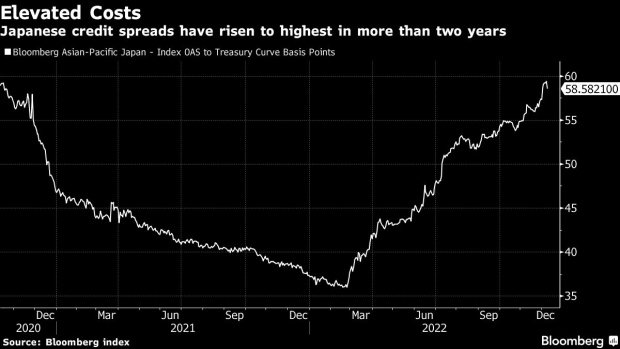 The Tokyo-based utility priced the multi-tranche deal on Friday. Jera said last month that it was seeking to issue as much as 400 billion yen of debt, an offering that would have been the country’s biggest corporate bond sale to institutional investors this year.

“We believe that we were able to stimulate the maximum possible demand” from investors given the current market conditions, Hiroyuki Usami, a Jera spokesperson, said in an email.

Japanese energy providers have also been rushing to issue hybrid bonds to bolster their balance sheets. The largest corporate issuance in Japan this year was a 280 billion yen deal from Tohoku Electric Power Co. in September.

Read: Japan’s Credit Market on Pace for First Annual Loss in a Decade