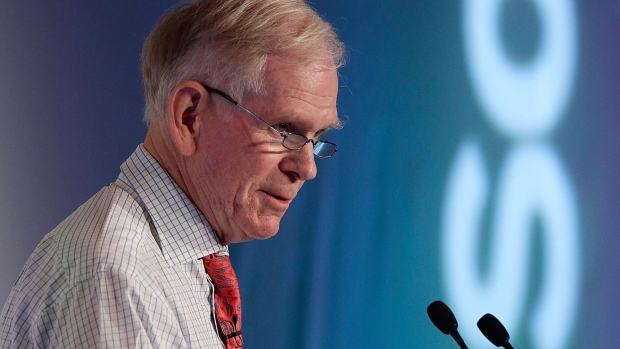 (Bloomberg) -- Investors’ faith in the Federal Reserve has become so unshakable that not even the highest inflation in three decades is enough to cause a sell-off in assets, said Jeremy Grantham.

“We’ve never seen anything like this,” Grantham told Bloomberg Television’s “Wall Street Week” with David Westin. “Every bull market before this one had low inflation.”

The 6.2% increase in the consumer price index in October “would have been enough in any market since 1925 -- and for all I know long before that -- it would have been enough to have crashed the market,” said the value-investing giant and co-founder of Boston-based asset manager GMO. “But this time the faith in the Fed is so complete that when they say it is temporary we believe it.”

Grantham, 83, said the U.S. central bank has overstimulated the economy repeatedly, inflating the tech bubble in 2000, the housing bubble before the 2008 financial crisis and creating “craziness” in today’s stock market with wild moves in meme stocks.

“Have they learned? Absolutely not,” said Grantham. “The Fed in my opinion, hasn’t done a thing right since Paul Volcker.”

In order to explain today’s “market you have to assume 100% ignoring of rising inflation, which is quite remarkable.”

Grantham, who co-founded GMO in 1977, has gained a reputation as a perma-bear for warning regularly of asset bubbles and who sometimes misses rallies in markets.

The firm’s flagship Benchmark-Free Allocation Fund, which seeks returns of five percentage points above the rate of inflation, has returned 2.2% this year, trailing the S&P 500 index’s 26% rise.