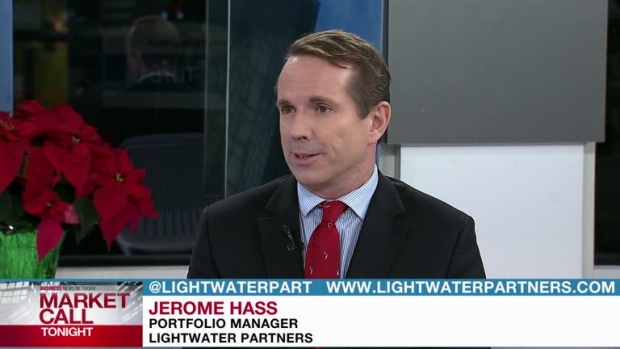 MARKET OUTLOOK
‘Tis the season for Christmas cheer and stock market predictions for the coming year. The popularity of this exercise in the investment industry cannot be based upon its accuracy. It would be hard to describe 2016 as a banner year for forecasting in light of the Brexit referendum and U.S. presidential election outcomes.

We don’t spend any of our time making market forecasts because we are indifferent to market conditions. Our funds tend to do well in flat or bearish markets. We are bottom-up fundamental stock-pickers. We prefer to spend our time analyzing individual companies, especially those that are under-researched and under-owned by institutional investors. If we do our jobs, this approach should yield solid investment performance regardless of the direction of markets. Best wishes to all for 2017.

CURRENCY EXCHANGE INTERNATIONAL (CXI.TO)
After an almost four-year wait, CXI was awarded a Canadian Schedule 1 bank licence in September, operating as “Exchange Bank of Canada” (EBC). There are two main benefits to this: (i) EBC can now transact “bank-to-bank,” which opens up a lot more doors from marketing and compliance perspectives and reduces client banks’ capital provision requirements. Secondly, it will reduce costs for EBC as it can now source foreign exchange directly from central banks and eliminate the middle man. We expect EBC to land a number of large Canadian and U.S. banks in the first half of 2017, reviving its multi-year growth path. It also landed a large U.S. national bank last summer, which should begin to have an impact on its Q4 earnings (due in early January). Based on its existing clients, we see 22 per cent revenue growth and 44 per cent earnings growth for CXI in FY17. Compared to the eight largest Canadian banks, we prefer the simplicity of CXI’s business model and much higher growth trajectory.  [We added to our CXI position on November 29, 2016 at $28.98]

BIOAMBER INC. (BIOA.N)
This company is virtually unknown in Canada because it trades on the NYSE and has no analyst coverage here. That will change with an upcoming TSX listing in early 2017. BioAmber is a Montreal-based company that makes succinic acid (SA) from a facility in Sarnia, Ontario. SA is major ingredient for plastics, paints and other polymers used in auto, industrial chemicals, lubricants, pharmaceuticals and food and many more. Traditionally, SA is made from fossil fuels. BIOA produces SA from industrial sugars (fructose from corn, beets, cane or biomass), yet it is chemically identical to the conventional oil-based product — most importantly, at a lower cost. $150 million was invested to build the world’s largest SA plant in Sarnia. The current utilization rate is only 50 per cent as management carefully ratchets up production (full utilization is expected around mid-2017), but revenues are ramping up by 50 per cent Q over Q. At full capacity, the plant will generate approximately $25 million in EBITDA.

BIOA received a strong endorsement last week when a top 10 Canadian pension plan and a top 10 global pension fund made substantial investments in BIOA. There are a few more catalysts coming up in 2017: (i) TSX listing, (ii) Q4 earnings, (iii) coverage from Canadian analysts, (iv) funding for a second plant, which is expected by mid-year, and (v) further developments in their joint-venture in China with a South Korean firm. We love mid-cap stocks that have limited analyst coverage and great upside potential. We think BioAmber fits the bill. [We added to our BIOA position on December 28, 2016 at $4.62]

CALLIDUS CAPITAL (CBL.TO)
Callidus Capital is an asset-backed lender that has a market cap of about $900 million. In 2015, when the Callidus share price was in the midst of a nosedive, the CEO announced a five-point plan to remedy the disconnect between its share price performance and its operational performance. We like management teams that do what they say they are going to do. Callidus has delivered on their promises:

Management has already delivered on four of its five share-price initiatives. It is in the process of executing the fifth: selling the company to a third party to take it private. It is our view that a buyer wishing to take Callidus private would have to pay above the upper end of its value as a listed company ($18-$22). Our estimate of the go-private price would be $24 at minimum. We also believe the process will be completed within the next six months. Hence, despite the impressive performance of the share price over the past 12 months, we see 32 per cent upside over the next six months. In addition, investors continue to collect an attractive 6.5 per cent monthly dividend yield. We think the risk/return profile is very attractive.  [We last added to our position on October 26, 2016 at $17.07]

CURRENCY EXCHANGE INTERNATIONAL (CXI.TO)
CXI is a great play on one of the world’s fastest growing industries: compliance. As Anti-Money Laundering (AML) regulations become more and more onerous, banks are looking to specialists to help them address this issue. CXI’s proprietary software allows its clients to monitor FX positions and meet AML requirements in real time. This is a key differentiator for CXI versus its competitors. We still like CXI and hold the stock in both funds.

SHORT: SHAWCOR (SCL.TO)
SCL is a pipeline-coating specialist. It is a rare Canadian company that is a world leader in their field. We like the company and its management team — in fact, we have had the stock as a top pick as a long. So why did we short the stock? Headwinds. SCL is a late-cycle play on the oil and gas sector. Whenever one defines the bottom of the oil and gas sector, usually it will take four to six quarters for SCL to start to see any operational improvement. The market has been overly generous in reflecting potential future improvements. We think SCL’s share price is way ahead of its fundamentals but rather than “fight the tape,” we opted to cover our position. [Covered on May 18 at $29.75]

PAIR TRADE: LONG - MYLAN (MYL.O) / SHORT - VALEANT (VRX.TO)
The conviction in this pair trade was our short thesis on Valeant. Our long position in Mylan was a hedge to mitigate market risk and sector-specific risk. Both companies have run afoul of the U.S. Congress for price gouging. We covered our Valeant short on March 15, 2016 at $50.50 and we covered Mylan on September 7, 2016 at $40.43. In pair trading, stocks can rise or stocks can fall: whether you make money depends on what happens to the spread between the two. In this instance, both stocks fell, but the short fell more than the long, so the spread widened and we made money on the pair.