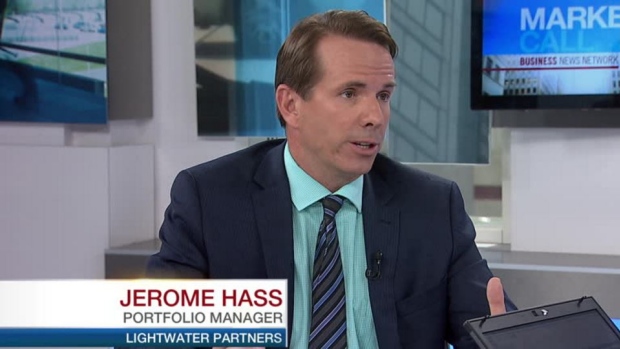 Brexit has provided a great example of why we do not make market forecasts. We believe in having ‘portfolio insurance’ in place at all times as no one has the ability to market-time events such as Brexit on a consistent basis. Both of our funds were up on the days after the Brexit referendum decision – not that we predicted the outcome - but because the funds’ structures are always ready to react to market events.

It has been a while since we have had as much conviction in a short position: more so than Valeant at $289 or Sphere 3D (ANY.N) at $8.50. In Electrovaya, you get a sexy sector (lithium ion batteries), throw in a few references to Tesla Motors or Elon Musk, mix in ‘leading edge’ technology that the previous owners paid you to take off their hands, then throw in a few huge ‘potential sales agreements’ (MOUs and LOIs) with the prospect of more to come! In a nutshell, you get the EFL story. We have been through a few rodeos and we have seen how these play out. Investors would be well served to do their own due diligence. A good starting point would be a chart on EFL’s share price over the last 16 years. Note the peaks and valleys. The current CEO has led EFL since its IPO in 2000.  Management has a history of over-promising and under-delivering. A thorough reading of their press releases over the past 16 years will shed many rays of light on the current situation. Unfortunately, the stock market is an expensive way to learn about history.

Every portfolio should have a few low-maintenance stocks and Descartes is a good example. At the beginning of each quarter, it knows where 90 per cent of its revenues will come from (its recurring revenue stream). It spends the next 90 days delivering the other 10 per cent. Investors like Descartes’ predictability and consistency, combined with steady growth. DSG is a play on rising global trade and increasing trade compliance. It always trades at a pricey valuation but it is a steady long-term holding.

We have held Enercare since early 2010.  What was then an under-followed and unloved stock has grown into a favorite among institutional investors.  We like the solid cash flows generated by the water-heater business.  The sub-metering business has a similar capex and cashflow profile as the water-heater business but the Street is still not factoring the growth of the sub-metering business into future earnings. ECI is a great long-term holding for income seeking investors.

** Returns provided are net of all fees and expenses.  2 year and 3 year figures are annualized returns

The Nimble Fund won 1st place in the 2015 Canadian Hedge fund Awards (equity focused, best 1 year return).
The Nimble Fund was named top performing North American based hedge fund in 2015 by Preqin in 2015.  The Fund returned 46.7 per cent in calendar 2015 (return calculated to include all fees and expenses).