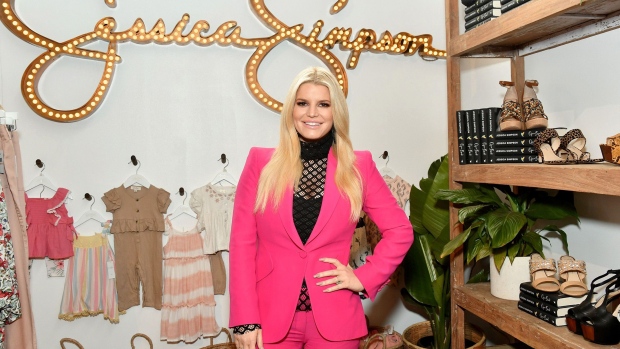 The troubled owner of Jessica Simpson’s brand is nearing a deal to sell its majority stake in the fashion line back to the singer and offload other assets as part of a potential Chapter 11 bankruptcy filing, according to people with knowledge of the plans.

Sequential Brands Group Inc. had been seeking to sell off its assets to avoid a cash crunch while it negotiated with creditors, but is now preparing to unload its brands under a process that will likely take place in court, said the people, who asked not to be named discussing private company plans. The company would use proceeds from the sales to pay back creditors including its largest lender KKR & Co., the people added.

New York-based Sequential owns and licenses a number of consumer fashion and activewear brands in addition to Jessica Simpson’s clothing and shoe line, including Joe’s Jeans and the Gaiam yoga business. It sold the Heelys brand for US$11 million in April.

Sequential’s stock dropped as much as 11 per cent to US$10.80 on Thursday morning in New York after Bloomberg reported on the asset sales and bankruptcy plans. Shares had slipped 16 per cent this year through Wednesday’s close.

KKR and other lenders recently extended a waiver of existing loan defaults through July 8. Sequential has been under forbearance with its lenders since late 2020 after it said it wouldn’t be able to meet certain financial metrics required under its debt agreement due to the pandemic. Retailers and brands across the country have suffered from the impact of COVID-19 and related store shutdowns. More than 20 sought bankruptcy protection last year.

The company has also had to contend with a regulatory investigation into its accounting practices. The Securities and Exchange Commission charged Sequential in late 2020 with deceiving investors through accounting failures that disguised its financial troubles.

Last month, Sequential awarded two executives one-time cash retention bonuses contingent on their “continued full-time employment” with the company through events including a restructuring or liquidation.