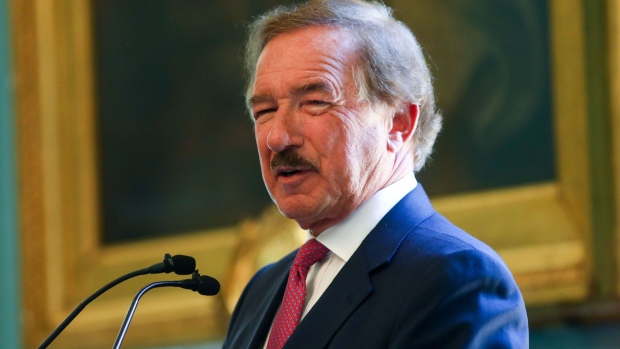 Steven Udvar-Hazy, chairman of Air Lease Corp., speaks during an Aviation Club lunch in London, U.K., on Thursday, Sept. 13, 2018. Britain's Civil Aviation Authority is stepping up efforts to ensure that airlines and aerospace companies can carry on functioning in the event of a no-deal Brexit. , Bloomberg

Accelerating build rates too quickly could result in surpluses that damage aircraft values, making such a move “one of the biggest dangers” facing the aviation sector, the Air Lease Corp. founder and chairman said Monday at an Airline Economics conference in London.

Airbus said in May it would lift production of its best-selling A320 jets beyond pre-pandemic levels within two years. Boeing, which is starting to emerge from a deep slump triggered by the grounding of its 737 Max model after two fatal crashes, plans to double output of the single-aisle jets by early next year.

Udvar-Hazy said he doesn’t expect any “dramatic new aircraft introductions” until the 2030s with the current generation of jetliner engines having pushed the limits in terms of fuel efficiencies. He said he’s not sure whether Boeing will go ahead with a model to replace the 757 in mid-distance markets.

Air Lease expects passenger numbers this year to be about half of 2019’s 4.5 billion, increasing to about 4 billion in 2022, the executive said.