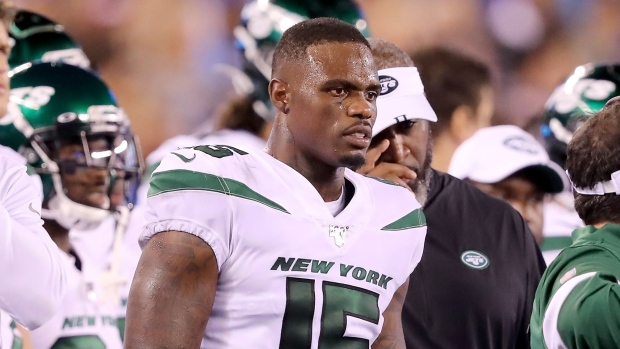 New York Jets wide receiver Josh Bellamy has been charged for his alleged participation in a US$24 million Paycheck Protection Program fraud scheme.

Bellamy is one of 11 defendants, according to a press release by the U.S. Justice Department on Thursday.

The professional football player is accused of obtaining a PPP loan for US$1.2 million for his company Drip Entertainment LLC. Bellamy is accused of using the funds to purchase jewelry and spend US$62,774 at the Seminole Hard Rock Hotel and Casino, according to the release.

In total, the group applied for more than US$24 million of loans and received at least US$17.4 million, the release said.

”It’s important to note that it’s very early in the case, and obviously Mr. Bellamy is presumed innocent,” said Diego Weiner, Bellamy’s attorney. “I hope that the public will give him the benefit of the doubt at this time.”

”It’s all too often professional athletes are taken advantage of by people purportedly acting on their behalf as agents or advisors.”

The Jets released Bellamy on Tuesday. He wasn’t expected to play this season and was put on the physically unable to perform list for a shoulder injury in May. He primarily served in a special teams role for the team last year.