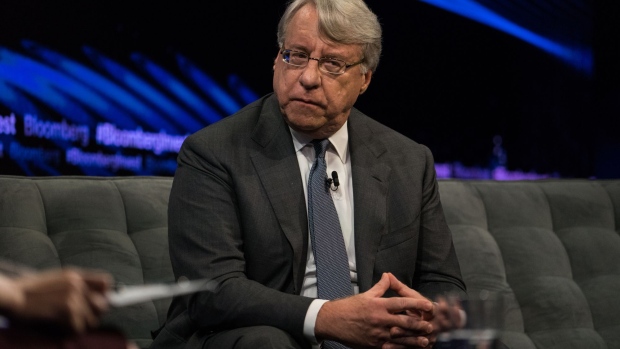 (Bloomberg) -- Retail traders on platforms including Robinhood are reminiscent of the day traders of 1999 and 2000 -- and “it’s a little bit frightening,” short-seller Jim Chanos said.

“The amount of cognitive dissonance that I see in the retail investment community, and I know it’s only somewhat representative, it’s pretty broad,” Chanos, founder of Kynikos Associates, said in an interview Monday on CNBC.

Investors buying meme stocks like AMC Entertainment Holdings Inc. and GameStop Corp. without regard for fundamentals is worrisome, he said.

“We’re going to see the flip side of that coin going forward,” said Chanos. “A lot of people have lost a lot of money and that’s even before we get to crypto.”

Chanos, who has raised concerns about cryptocurrencies and NFTs, said Monday that he’s comfortable being long the major indexes and being short much of the “craziness,” adding that “you want to avoid a lot of the stuff that’s trading 50 times 2022 or 2023 earnings.”

Chanos said in September the NFT market was rife with “nefarious activity” and conflicts of interest, and that regulating crypto would be difficult.