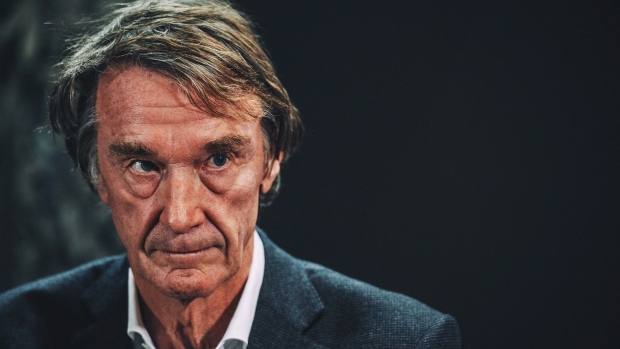 “We’ve been rejected out of hand by Raine, but we will keep reminding people we are still here,” Tom Crotty, a director at Ratcliffe-owned chemicals producer Ineos Group Ltd., said by phone Wednesday.

Ratcliffe is mounting a last-minute challenge to former Guggenheim Partners President Todd Boehly for control of Chelsea. Boehly has emerged as the frontrunner for the club, which is being sold by Russian billionaire Roman Abramovich.

The Ineos founder is trying to build momentum for his offer. His camp has already held early-stage discussions with the influential Chelsea Supporters’ Trust about the merits of his proposal, which he announced last week.

“We will continue to engage with the fanbase,” said Crotty. “We see ourselves as a fan-based bid.”

Ratcliffe announced his offer at the end of a months-long process during which Raine had been studying separate proposals from Boehly, British businessman Martin Broughton and Bain Capital co-chairman Stephen Pagliuca. A representative for Raine declined to comment.

Crotty said Ineos had already studied a takeover of Chelsea in recent years, only to be put off by the potential price. This contributed to its late entry to the fray this time around, he said.

Abramovich put Chelsea on the block in early March, shortly before the U.K. placed him under far-reaching sanctions for his ties to President Vladimir Putin’s regime. Since then, the west London side has been running under a number of restrictions that have prevented it from selling some matchday tickets and merchandise, and stopped it from negotiating new player contracts. Chelsea is currently operating under a special U.K. government license that expires on May 31.