Canadian labour market is 'unbelievable tight' and can only lead to higher wages: Jean-Francois

Canadian employers reported a surge in job vacancies in March that brought the number of unfilled positions to a record.

Openings increased 13.4 per cent seasonally adjusted to just over 1 million, Statistics Canada reported Thursday, based on its monthly survey of employers. That’s up about 60 per cent from the same period a year earlier.

The job vacancy rate -- the number of unfilled jobs as a share of all positions -- was 5.9 per cent in March, matching a record high recorded last September. There was an average of 1.2 unemployed people for each job vacancy, down from 1.4 in February and 2.6 a year ago, according to the statistics agency.

The data illustrate the extent to which the nation’s labor market has been tightening. According to Statistics Canada’s separate labor force survey, Canada’s unemployment rate hit a record low of 5.2 per cent in April. 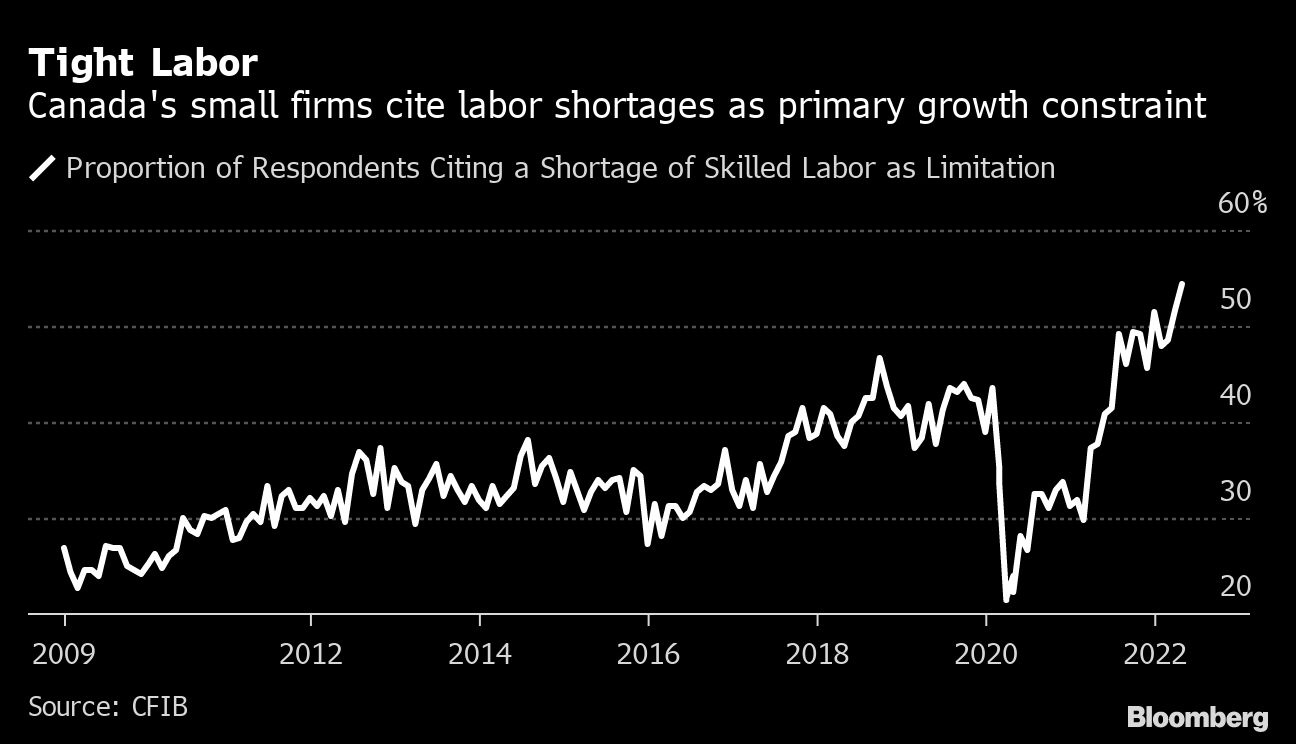 Growing evidence of a drum-tight labor market provides a green light for the Bank of Canada to move ahead with another half-percentage-point increase in its benchmark interest rate at a decision next week.

Markets expect the policy rate to reach as high as 3 per cent over the next twelve months, from the current 1 per cent.

In the US, some Federal Reserve policymakers have said elevated job openings could prevent an increase in the unemployment rate as interest rates rise.

Separately Thursday, the Canadian Federation of Independent Business reported its members see wages rising by a record 3.5 per cent average over the next year. About 35 per cent of respondents see wage growth of at least 5 per cent, also a record in monthly survey data back to 2009.

Labor concerns were the most cited reason for capacity limitations, according to the CFIB poll, which was taken earlier this month. Over 54 per cent of firms polled reported that shortages of skilled labor were limiting sales and production.