Nearly one million Canadians applied for jobless claims last week, representing almost 5% of the labor force, according to a senior government official with knowledge of the data.

The new figure of 929,000 includes the half-million unemployment applications first reported by Prime Minister Justin Trudeau in a press conference Friday, but also includes claims made over the weekend, the person said on condition they not be identified because the data is not yet public.

The speed and extent of the jump in jobless claims is unprecedented; the previous record for an entire month was 499,200 in 1957, according to Statistics Canada data.

The latest claims data highlights the rapidity at which the country’s economy is deteriorating as Canadians stay home and governments urge businesses to close, amid efforts to try to control the spread of the coronavirus. Economists have slashed growth forecasts, and they now expect second quarter output to contract by the most in more than half a century. 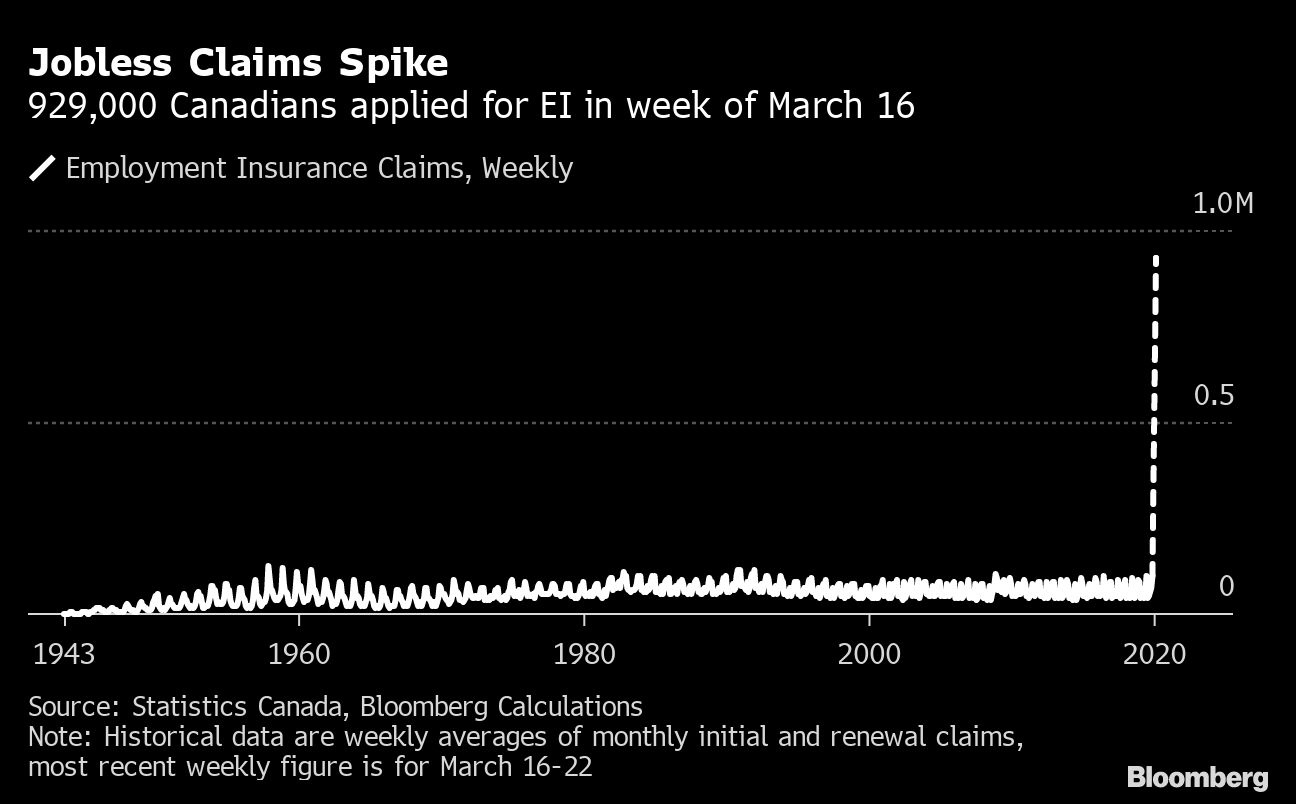 “The rise in EI applications gives us a sneak peak into just how sharp the drop off in economic activity has been over the past few weeks,” said Royce Mendes, an economist at Canadian Imperial Bank of Commerce. “While we really don’t know how long this will last, we do know the hit to GDP will be severe.”

Mendes said he expects the unemployment rate to spike to levels higher than even during the worst of the financial crisis.