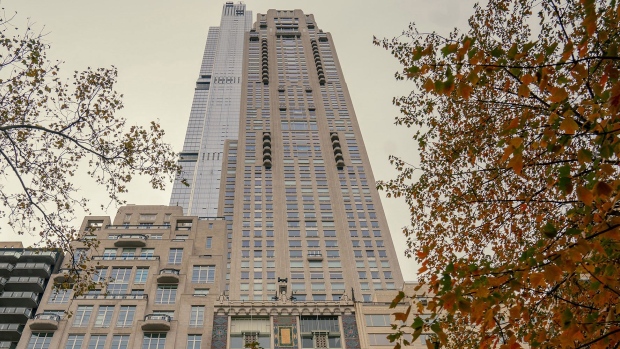 Blue Pool paid $188 million for the 220 Central Park South property, according to New York registry documents. The firm took out a $71.5 million mortgage through JPMorgan Chase & Co. for the property on the 73rd floor, the filings show. The purchase included a maid’s room on a lower floor.

A representative for Hong Kong-based Blue Pool didn’t immediately respond to requests for comment outside of office hours.

Och paid about $95 million when he purchased the apartment in 2019. A spokesman for Och declined to comment on the sale, including the identity of the buyer.

A Canadian citizen born in Taiwan, Tsai is worth $7.4 billion, according to the Bloomberg Billionaires Index. He quit a job at an investment firm earning $700,000 a year to join Alibaba on a salary of $50 a month. He soon started raising money from investors around the world, helping the e-commerce company become the giant it is now.

Tsai acquired a 49% stake in the Brooklyn Nets basketball club from Russian billionaire Mikhail Prokhorov in 2018.