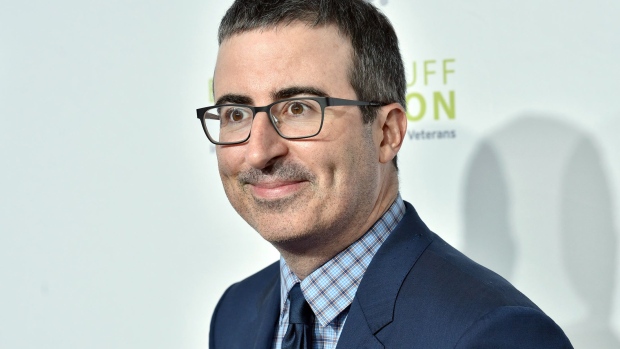 (Bloomberg) -- A senior Taiwanese government official took to Twitter on Tuesday to playfully chide television host John Oliver over a recent comedy segment about the island. It’s unlikely Beijing will view the episode in quite the same way.

“I firmly support our soldiers’ dancing and demand a apology from John Oliver,” Presidential Office spokeswoman Kolas Yotaka wrote in the post, adding a grinning, squinting emoji face. Yotaka was referring to one scene from an almost 20-minute segment of the HBO series “Last Week Tonight with John Oliver” on Sunday, in which Oliver poked fun at a recruitment video for the island’s military that featured bopping soldiers.

During the segment, Oliver tried to untangle the complicated position of Taiwan in the world arena for American audiences. Mixing historical narratives, pop culture references and salty language, Oliver concluded that the island’s fate should be left up solely to the Taiwanese people.

U.S.-China tensions have climbed recently over Taiwan, with Beijing sending scores of aircraft into the island’s air defense identification zone. President Joe Biden also said the U.S. would defend Taiwan from attack, a statement that appeared to shift American policy from one of “strategic ambiguity” over what it would do in that situation. White House officials have since said American policy is unchanged.