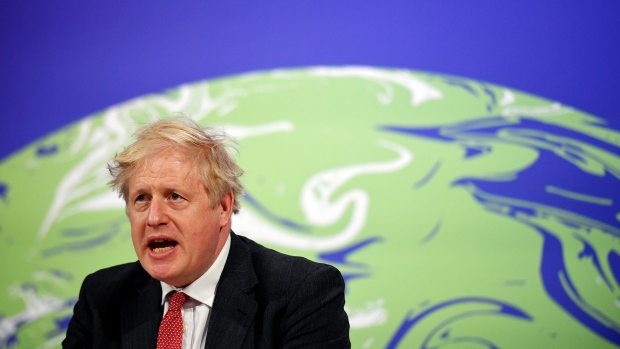 The U.K. said global efforts to tackle climate change are falling short and Prime Minister Boris Johnson will use a key United Nations summit next week to press for more action.

“It is disappointing that there hasn’t been as much progress recently as there should have been,” Johnson’s spokesman, Max Blain, told reporters on Friday. “We have ourselves made progress toward the commitments we’ve made.”

Securing international progress on reducing carbon emissions is politically important for Johnson given the U.K. hosts the next round of UN climate talks, known as COP26, in Glasgow in November. The UN General Assembly in New York next week is among the final chances for Johnson to build momentum as world leaders take stock of their commitments.

Johnson is also addressing a virtual discussion on climate change hosted by Joe Biden on Friday, where the U.S. president is hoping to push members of the Major Economies Forum -- a mix of advanced and developing economies -- to up their ambitions, according to a senior U.S. official.