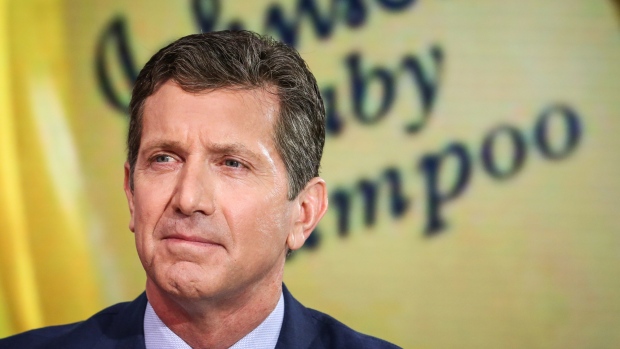 Following its worst two-day slide in more than 16 years, Johnson & Johnson said it will buy back as much as US$5 billion of its own stock.

The health-care company’s shares (JNJ.N) are down 14 per cent since Thursday’s close, wiping out more than US$50 billion in market value. The company is facing thousands of lawsuits over claims that its baby powder caused cancer, as well as suits over what plaintiffs claim are defective, harmful metal hip replacements sold by the company.

In a company video posted Monday, Chief Executive Officer Alex Gorsky said that J&J remains confident in the safety of its talcum baby powder. The message was an unusual public effort by the company to defend one of its most well-known consumer products after a Reuters report last week said that J&J had been aware for decades that the powder sometimes contained asbestos.

Since that report’s publication, which echoed details written about by Bloomberg last year, investors have fled the stock.

The stock buyback doesn’t have a time limit on it, J&J said in a statement announcing the plan. The company also reaffirmed its 2018 sales and adjusted earnings forecasts. The shares rose almost 1 per cent to US$130.20 after the market closed, doing little to erase the two-day slide from Thursday’s US$147.84 close.

At least one company insider stepped in to buy shares on the way down, with board member Charles Prince III reporting a purchase of about US$270,000 in shares on Friday. The former Citigroup Inc. chairman now holds about US$3.9 million in J&J stock.

Prince didn’t respond to an emailed request for comment.