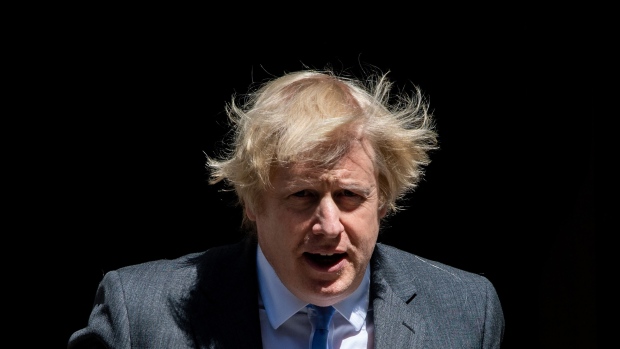 Boris Johnson announced the biggest relaxation of the U.K.’s coronavirus lockdown since it was imposed three months ago, and appealed to people to use their “common sense” to stop the spread of the disease.

Hotels, pubs, restaurants and cinemas will be able to open their doors from July 4, the prime minister said as he gave the green light for England’s beleaguered tourism and hospitality industry to restart.

But Johnson’s message of cautious optimism was undercut by his government’s top medical advisers, who warned that lifting the curbs was not risk-free and told Britons they will have to live with the virus for at least the next year.

“Our long national hibernation is beginning to come to an end,” Johnson told the House of Commons. “A new but cautious optimism is palpable.”

Under the changes, the minimum “social distance” between individuals will be halved to one meter -- provided they also take mitigating actions like wearing a face covering. Restrictions on social activity will no longer be enforceable by the law.

Johnson said his government “will ask people to follow guidance on social contact instead of legislation” as he signaled the courts would no longer be used to enforce the rules. From July 4, two households will be able to meet indoors or outside and will be advised to follow the new social distancing guidelines.

Johnson’s announcement came after pressure from politicians in his own Conservative Party to speed up the relaxing of restrictions to help rebuild the British economy as it faces its worst recession in 300 years. Business groups cautiously welcomed the move and want more government assistance to help companies safely reopen, British Chambers of Commerce Director General Adam Marshall said in a statement.

“We are still a long way from business as usual,” Marshall said. “Broader efforts to boost business and consumer confidence will still be needed to help firms trade their way out of this crisis.”

Other places that will be allowed to open from July 4 include outdoor gyms and playgrounds, libraries, social clubs, community centers and hairdressers, Johnson said. Ministers have been able to ease the restrictions because they are satisfied the virus is under control, he said. 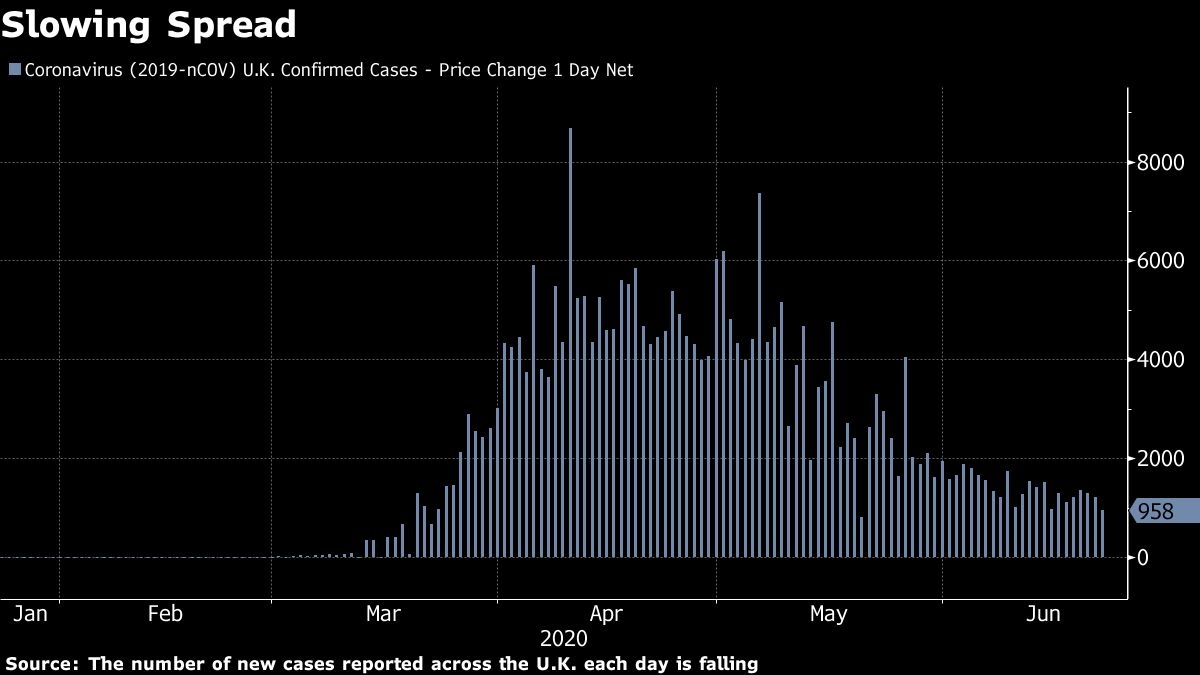 “We do not believe there is currently a risk of a second peak of infections that might overwhelm the NHS,” Johnson said. “Our principle is to trust the British public to use their common sense in the full knowledge of the risks.”

But Chris Whitty, the chief medical officer for England, said that while he believed scientific advances would eventually overcome the virus, it would be “optimistic” to believe a breakthrough will come in the next 12 months.

“Until this time next year, certainly, I think we should be planning for this -- what I consider to be the long haul -- out into 2021,” Whitty said at a government press conference.

His colleague Patrick Vallance, the government’s chief scientific adviser, said advances in treatments were more likely to come before a vaccine is found.

The opening up of England’s social venues did not extend to close-proximity establishments such as nightclubs, soft-play areas for children, indoor gyms and swimming pools, all of which will stay closed. Traditional summer sports such as cricket will not be permitted because the ball poses a risk of transmitting the disease.

Johnson said the virus is still in circulation and there may need to be regional restrictions imposed if it surges again in some parts of the country.

“As we have seen in other countries, there will be flare-ups for which local measures will be needed,” he said. “We will not hesitate to apply the brakes and reintroduce restrictions, even at national level, if required.”

He also sounded a note of caution on the likelihood of discovering a vaccine to the disease, seen by many as the only sure way out of the crisis, saying getting one will be “very difficult.”

Graham Brady, an influential Conservative lawmaker, pressed the prime minister on the government’s decision to quarantine travelers from outside the U.K., criticizing the blanket policy on arrivals as “not commonsense.”

Johnson said he understands the “balance” required, but the country needs to be protected from reinfection from abroad.

Keir Starmer, leader of the opposition Labour Party, said he welcomed Johnson’s announcement on easing the lockdown, but called on the prime minister to give more support to businesses and local authorities to help them to implement the changes while avoiding a second spike in infections.

“I believe the government is trying to do the right thing and in that we will support them,” Starmer told the House of Commons. But ministers will need to communicate effectively, operate an effective track-and-trace system and follow scientific advice, he added, highlighting areas for which Johnson’s administration has been criticized.

Johnson’s office later said it will stop its daily televised coronavirus briefings, and will only use the format to make significant announcements.