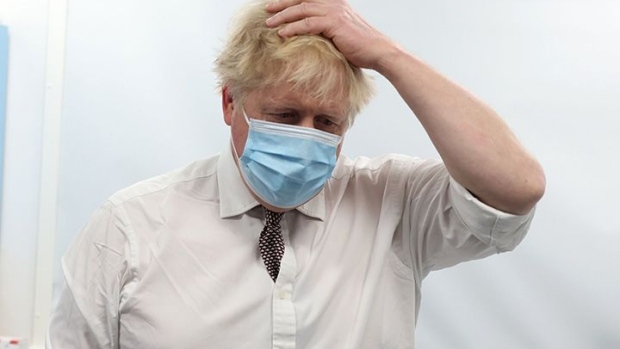 Support for Boris Johnson’s ruling Conservatives plummeted in so-called red wall seats across England’s north and Midlands, according to a survey, dealing a fresh blow to the prime minister as he battles for political survival over allegations of pandemic rule-breaking parties at his office.

The main opposition Labour party now has an 11-point lead in the areas it traditionally held but which flipped to Johnson’s Tories in 2019, according to a JL Partners poll for Channel 4 News published Wednesday. The Conservatives would lose 42 of the 45 red wall seats included in the survey if a general election was held now, the findings show.

The timing could not be worse for Johnson, who is struggling to contain a growing rebellion including from some members of Parliament in those red wall seats. The prime minister has been brought to the brink by revelations he and his staff held parties in Downing Street during the pandemic, when such gatherings were banned under rules his government imposed on the country.

Red wall voters who backed the Conservatives in 2019 say their primary hesitation in voting Tory again is Johnson himself, and the party’s management of lockdown parties, the poll found. Johnson’s personal ratings plunged to a net score of minus 35, down from minus nine last month.