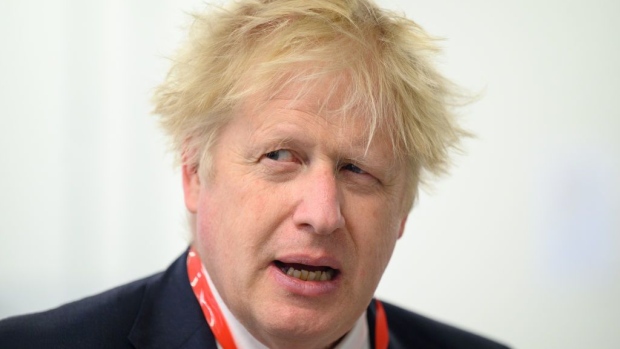 (Bloomberg) -- Boris Johnson urged further military support for Ukraine as it continues to battle Russian forces, including sending it more offensive weapons such as Multiple Launch Rocket Systems that can strike targets from much further away.

“How can you deal with a crocodile when it’s in the middle of eating your left leg?” the British prime minister said in an interview on Friday, when asked about how the prospect of negotiating with Russian President Vladimir Putin. “The guy’s completely not to be trusted.”

Ukraine has been asking nations to supply it with the MLRS as it grapples with advances by Russian troops in the far east of the country. That request has been met with some caution on whether it would bring allied nations closer to direct confrontation with Russia. While the MLRS is likely to prove more effective against Russian artillery, its deployment would add to the risk that missiles land over the border in Russia, whether intentionally or by accident.

The MLRS “would enable them to defend themselves against this very brutal Russian artillery, and that’s where the world needs to go down,” Johnson said.

Yet the prime minister also ruled out using the British military to help clear mines from Ukrainian ports, saying only that the UK would work with international partners to help Ukraine do it.

Before Putin started his war in February, nations including in North Africa had relied on Ukraine for supplies of wheat, corn and sunflower oil. But grain is now sitting in silos, with shipping routes blocked in the Black Sea. Pressure is building on the U.S. and other allies to take action to prevent the situation fueling world hunger.

Putin has said he’s willing to facilitate exports, but only if sanctions on his country are lifted -- a condition rejected by the UK and other nations.

Johnson has tried to put his government at the forefront of international efforts to bolster Ukraine’s ability to resist Russia’s aggression, and has built a significant personal rapport with President Volodymyr Zelenskiy.

That approach has worked for Johnson on multiple fronts, allowing him to rebuild some international relationships that were damaged by the UK’s split from the European Union while also taking the sting out of moves to replace him by members of his ruling Conservative Party.