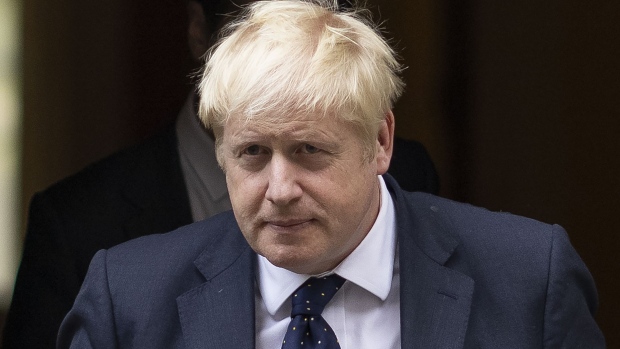 (Bloomberg) -- Prime Minister Boris Johnson said post-Brexit trade disruption in Northern Ireland must be sorted quickly and urged the European Union to show “common sense” in negotiations with his government.

He also said that Dutch Prime Minister Mark Rutte had offered to mediate between the EU and the U.K. in the dispute during his visit to London last week, in comments that may raise eyebrows at the European Commission.

Both sides are still locked in a dispute over the terms of the U.K.’s divorce from the bloc relating to Northern Ireland, which effectively kept the region in the EU’s single market and customs union. Johnson wants to rewrite the so-called protocol, arguing it disrupts the flow of goods from mainland Britain.

But the EU has ruled that out, and the U.K. government has in turn said it would be willing to unilaterally suspend parts of the agreement -- which is provided for in the text -- if a solution cannot be found.

Asked by reporters when he intends to take that step, Johnson declined to give a timeframe but said “the current situation can’t go on forever.”

“This isn’t something that the U.K. government is trying to stoke up for our own political purposes,” Johnson told reporters traveling with him to the U.S. on Sunday. “We want to fix this, we want common sense. We want no barriers in the U.K. for trading in our country, and it’s crazy at the moment that we’ve got the protocol being enforced or being used in the way that it is.”

The protocol was designed to remove the need for a trade border on the island of Ireland, which threatened to have a profound impact on the peace process and on society. Instead, the border was effectively placed in the Irish Sea, and has been problematic for the British government ever since.

Article 16 of the protocol allows one side to suspend parts of the agreement if it is causing disruption to trade. The other side can in turn take retaliatory action.