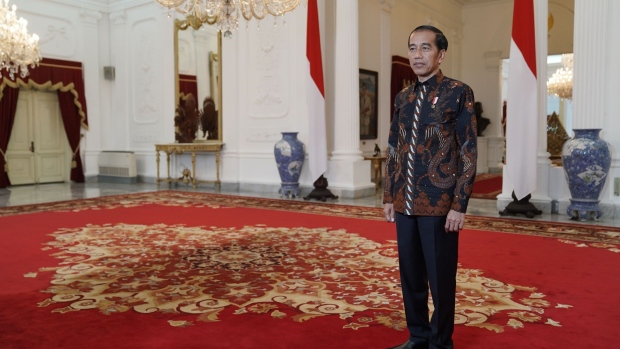 (Bloomberg) -- Indonesian President Joko Widodo defended his support for amendments to a key anti-corruption law, ignoring calls from the nation’s anti-graft watchdog and rights groups to veto the move over fears it could hinder the fight against crime.

The amendment to the 17-year old law, under which the Corruption Eradication Commission was established, will make efforts to eliminate corruption more effective, Jokowi, as Widodo is known, said in a televised address on Friday. The establishment of a supervisory board for the commission, known as KPK, will minimize the potential misuse of authority, he said.

Yet Indonesia Corruption Watch said the parliament and the president were rushing through the changes, threatening “the future of the corruption fight.” The non-government group said the move will open door for “the intervention from the executive and legislative in KPK’s functioning.”

While the proposed amendments will be discussed by lawmakers before the parliament adopts them, the anti-graft agency said the revisions will “cripple KPK’s functioning as an independent institution.”

A survey by Transparency International Indonesia in 2017 showed bribes accounted for an average 10% of production costs and about 17% of the participants said their businesses failed because competitors bribed officials for favors. While Indonesia has climbed several notches in Transparency International’s corruption perception index and the World Bank’s ease of doing business ranking, corruption remains rampant.

The KPK has named 255 members of the national parliament and legislative councils, 130 heads of regencies, several chiefs of state agencies as graft suspects since 2004, according to data from the commission.

The amendment to the KPK Law will require the commission to seek a permit from a court for wiretapping. Despite his overall support for the amendment, Jokowi has separately raised concerns over proposed changes to wiretapping provisions and the plan to recruit watchdog’s investigators only from the police and attorney general’s office.

The Indonesia Corruption Watch also criticized the selection of the new board of commissioners at KPK, saying some of them had questionable track record, including violation of watchdog’s code of ethics and non-disclosure of wealth.

The parliament on Thursday picked Firli Bahuri, a serving police general, as the chairman of KPK for the 2019-2023 perio

“The attack on the KPK and the anti-corruption movement is the same as the attack on democracy,” the Foundation of the Indonesian Legal Aid Institute said in a statement. “Indonesian people must not forget that the nation was under 32 years of authoritarian rule which went hand in hand with corruption.”

To contact the reporter on this story: Tassia Sipahutar in Jakarta at ssipahutar@bloomberg.net

To contact the editors responsible for this story: Thomas Kutty Abraham at tabraham4@bloomberg.net, Ruth Pollard