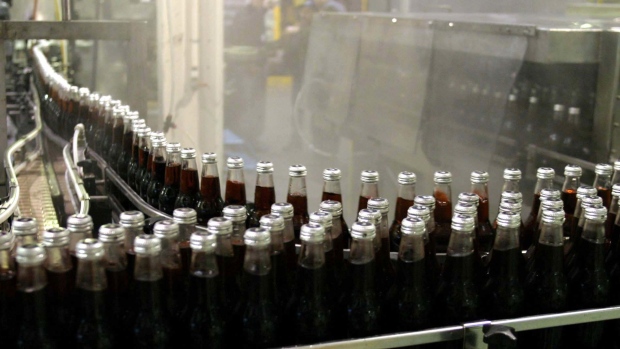 Jones Soda Co., the maker of soft drinks known for its unusual flavors, plans to launch a line of pot-infused drinks, edibles, and other related products, the company said in a statement.

The Seattle-based company said it plans to raise as much as US$10 million to fund its cannabis-related venture, which will be managed in a new subsidiary that is separate from its so-called "craft beverage" business.

"We believe that cannabis-infused beverages and edibles are a perfect fit for the iconic personality of the Jones brand, and that the proposed transactions will lay the groundwork for a strategic transformation of the company to an additional business line that we feel builds on our current business model," said Mark Murray, president and chief executive officer of Jones, in a statement.

Jones said it raised US$2 million through an unsecured convertible debenture that was issued to SOL Global Investments Corp., the investment firm led by controversial Canadian dealmaker Andy DeFrancesco. Jones will also receive US$8 million through a deal that involves Pinestar Gold Inc., a company that counts former Origin House Chief Executive Officer Mark Lustig as one of its main shareholders.

DeFrancesco was an early investor in Aphria Inc., which recently acquired Tilray Inc. earlier this year, and was ensnared in the middle of a report targeting the Canadian cannabis producer by short-sellers Hindenburg Research and Quintessential Capital Management that alleged he was involved in a scheme of insider self-dealing. DeFrancesco denied those allegations, and an independent investigation determined the short-sellers’ report was materially inaccurate.

Cannabis beverages have yet to achieve widespread popularity in both the U.S. and Canadian legal marijuana markets. Market share of pot-infused drinks hovers around the two per cent mark as cannabis consumers have yet to embrace the product, often buying more popular items like dried flower or soft chew edibles while distribution in bars and restaurants remains prohibited.