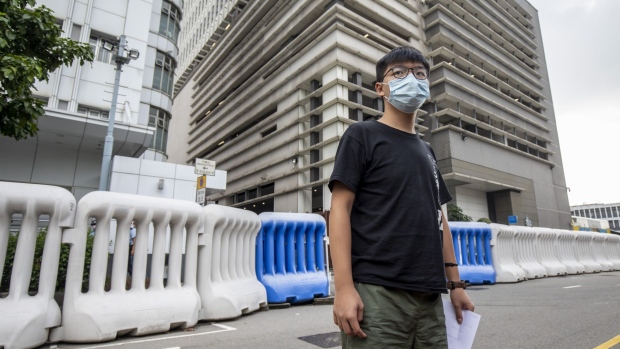 Joshua Wong, pro-democracy activist, leaves Central Police Station in Hong Kong, China, on Thursday, Sept. 24, 2020. Wong says he was arrested for allegedly participating in an unauthorized assembly on Oct. 5, 2019 and violating an anti-mask law that was introduced last year. , Bloomberg

Immediate detainment could follow, Wong wrote in a Facebook post late Sunday, as a trial will be skipped and the hearing set to resume Monday will proceed straight to closing statements. “To be honest, I wouldn’t be surprised if the three of us are imprisoned tomorrow,” he added.

The pro-democracy campaigner has faced a slew of charges related to the many months of protests that ravaged the city before China enacted controversial national security legislation at the end of June this year.

Alleged offenses against Wong, Chow and Lam regarding the June 2019 incident include organizing and taking part in an unauthorized assembly, according to the judiciary’s website.