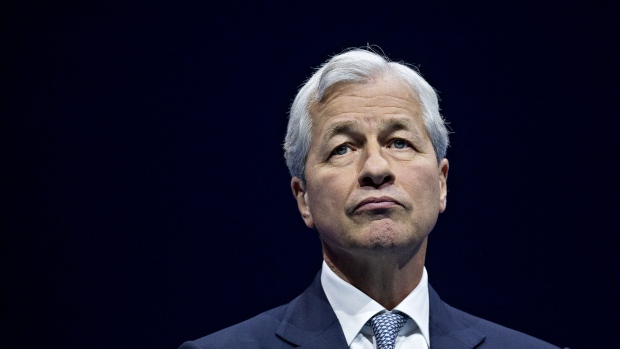 JPMorgan Chase & Co. had the cash and willingness to calm short-term funding markets when they went haywire in mid-September, but the banking giant said regulations held it back.

The firm has what Chief Executive Officer Jamie Dimon on Tuesday called a checking account at the Federal Reserve. When rates on repurchase agreements spiked to around 10 per cent a month ago — roughly four times more than what JPMorgan earns at the Fed — the bank could’ve profited by shifting the money into repo.

It didn’t. The bank, Dimon told analysts following JPMorgan’s third-quarter earnings release, needed to keep that money put so it could fulfill its liquidity requirements mandated by regulators.

“We could not redeploy it into the repo market. We’d have been happy to do it,” Dimon said Tuesday. “It’s up to the regulators to decide if they want to recalibrate the kind of liquidity they expect us to keep in that account.”

This couldn’t be more different than year-end 2018. Back then, JPMorgan deployed excess cash to the repo market when rates surged above six per cent as other lenders retreated as a way of tidying up their balance sheets for regulatory purposes. JPMorgan drew down its deposits with the Fed and increased its allocations to the repo market by more than US$100 billion, according to its fourth-quarter earnings statement.

“Last year, we had more cash than needed for regulatory requirements,” Dimon said. So shifting into repo “obviously made sense, you make more money,” the CEO added.

To get the market back under control, a month ago the Fed began daily liquidity injections into repo as market forces alone weren’t able to right the ship. Repo rates have since returned to more normal levels, though many experts fear volatility will return by the end of the year. Last week, the Fed announced it will buy US$60 billion of Treasury bills a month, another move intended to give the central bank greater control over benchmark rates.

“We have to get used to the Fed’s presence in the repo market for a while,” said Priya Misra, head of rates strategy at TD Securities. “I don’t think we’ll be at adequate reserves at least until the second quarter of next year.”

--With assistance from Michelle F. Davis