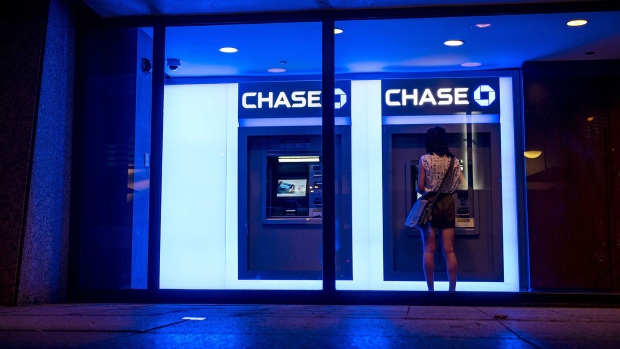 The largest U.S. bank’s NII for 2020 will probably be $55 billion, down from an earlier forecast of $56 billion, Chief Financial Officer Jennifer Piepszak said at a virtual investor conference Tuesday. Third-quarter trading revenue will likely jump 20% from last year, she said.

Consumers are saving more and paying down credit-card loans and mortgages during the pandemic, leading to lower loan growth, Piepszak said. Citigroup Inc. said yesterday that a drop in interest income would outweigh a trading revenue increase this quarter, while Wells Fargo & Co. also cut its full-year forecast for net interest income, which is revenue from customer loan payments minus what the bank pays depositors.

JPMorgan will likely keep its loan-loss reserve constant this quarter, Piepszak said. That differed from Citigroup, which plans to increase its reserve.

Other takeaways from Piepszak’s comments: