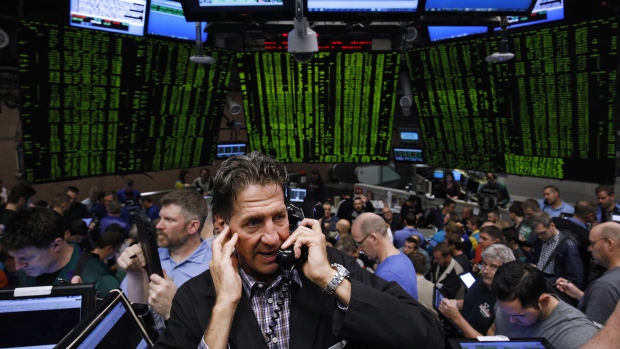 A trader works in S&P 500 stock index options pit at the Chicago Board Options Exchange (CBOE) in Chicago, Illinois, U.S., on Thursday, Nov. 16, 2017. CBOE's proprietary VIX futures and S&P 500 options businesses continue to be its key growth engines, with a lack of substitutes affording it significant pricing power. , Bloomberg via Getty Images

JPMorgan Chase & Co. (JPM.N) is pulling its agricultural commodity brokers from the options floor in Chicago amid a shift to electronic trading.

The bank will no longer have a floor presence in agricultural options including corn, soybeans and wheat, the company confirmed. JPMorgan has six brokers trading farm-commodity options on the floor of the Chicago Board of Trade, according to people familiar with the matter, who asked not to be identified because they aren’t allowed to speak to the media.

The decision reflects the continued move to electronic trading. CME Group Inc., the world’s largest derivatives exchange, announced in 2015 it was closing floor trading for most futures contracts in Chicago and New York as open outcry in futures trading handled by the bourse had fallen to just 1 percent of volume. In 2016, the company shut its New York options pits.

JPMorgan’s shift reflects a realignment of resources and the overall industry trend, the company said in response to questions from Bloomberg.

JPMorgan will continue to broker agricultural commodity options electronically. The bank’s moved fueled speculation among some traders that CME may be considering ending trading of options on the Chicago floor. CME said the bourse has no plans to close the trading floor at this time.