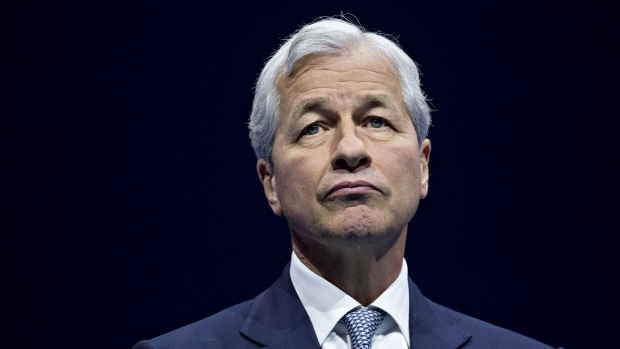 JPMorgan Chase & Co.’s Jamie Dimon said he expects to see a phase-one trade deal between the world’s two largest economies, but warned that an additional wave of tariffs from the Trump administration would hit markets and U.S. growth.

The White House is expected to increase levies on US$160 billion of imported Chinese consumer items including toys and smartphones on Sunday, which the JPMorgan CEO said would further weigh on gross domestic product. He spoke at an event in Washington for the Business Roundtable, a Washington trade group that represents the CEOs of the largest U.S. companies.

“I think there will be a phase-one deal, personally,” Dimon told reporters. He also warned that if that did not happen and the tariffs went ahead Dec. 15, “it will be a negative in the marketplace and small-negative” for U.S. and global growth. “People expect this phase-one deal to take place and tariffs not to go up.”

Chinese officials expect the U.S. to delay the levies and some senior members of President Donald Trump’s administration have indicated that is likely to take place, although Trump has yet to make a decision.

Dimon said China has started opening up its financial services sector, a development that will likely form part of any initial deal. Even if a phase-one deal is reached, Dimon forecast that negotiations between Washington and Beijing for a more complete trade agreement will only get more difficult.

While Dimon said he is upbeat about a phase-one agreement, he also indicated that “it will be very hard to have a real negotiated deal after that.”

At the same time, Dimon said Trump should focus on resolving important issues related to the U.S.-China trade relationship rather than trying to ram through a sub-par deal for the sake of getting one accomplished.

Dimon was also adamant that Trump’s strategy of tariffs on China hasn’t failed, saying it had brought Chinese officials to the negotiating table. But he also said it would take years to determine whether Trump’s more aggressive approach to trade would turn out to be a success.

Business Roundtable’s president, Joshua Bolten, said that chief executives have been in contact with the White House regarding the looming Dec. 15 round of tariffs. The group, which Dimon chairs, released an index Wednesday showing executives’ expectations for the U.S. economy retreated for a seventh straight quarter, largely due to uncertainty amid the trade war.

Analysts see economic growth slowing to below 2 per cent next year from 2.3 per cent in 2019 amid weak demand abroad, a decline in the manufacturing sector, and the effects of the trade war cooling investment.

Echoing economists, Dimon sees the biggest risk of the ongoing trade dispute is the unknown effect on the consumer. Measures gauging Americans’ optimism have so far remained elevated, with consumer sentiment rising to a seven-month high in December amid record stock prices and a blowout jobs report.