JPMorgan AM: We Will Have Higher Levels of Inflation

JPMorgan Chase & Co.’s dealmakers posted their best quarter yet, riding what’s on track to be a record year for mergers and acquisitions. Still, shares fell as consumer and commercial loan growth remained challenged.

Fees from advising on deals almost tripled in the third quarter, crushing analysts’ estimates and helping to push the firm’s net income to US$11.7 billion.

“JPMorgan Chase delivered strong results as the economy continues to show good growth -- despite the dampening effect of the delta variant and supply-chain disruptions,” Chief Executive Officer Jamie Dimon said in a statement Wednesday. Investment-banking fees jumped 52 per cent, driven by a “surge in M&A activity and our strong performance in IPOs.” 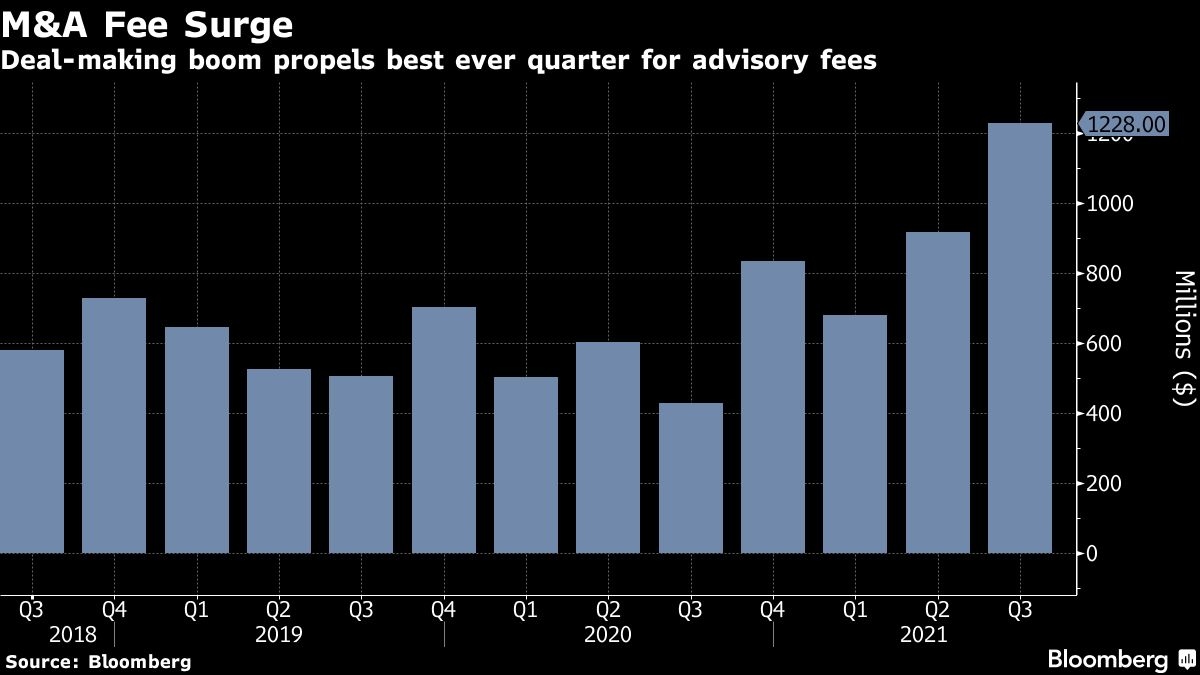 The report provides a look into how the U.S. economy fared in the Covid-19 pandemic as the delta variant spread across the country, undercutting a return to normalcy. JPMorgan’s results also hint at what’s to come when the rest of Wall Street reports third-quarter results this week.

Loan growth has been a particular focus for bank investors frustrated by a lack of progress in the business. Wall Street executives have begun pointing to early indications that small businesses and individual consumers are taking on debt again after government stimulus checks depressed demand during the Covid-19 crisis.

Chief Financial Officer Jeremy Barnum said the picture for lending is improving, but it will take time before it gets back to normal.

“We expect it to take some time for revolving credit card balances to return to pre-pandemic levels given the amount of liquidity in the system,” Barnum said on a conference call with analysts. He said the bank is optimistic about prospects for growth in revolving card balances.

The firm reported US$3.3 billion in investment-banking fees, topping analysts’ estimates for US$2.8 billion. Debt underwriting revenue rose to US$1.04 billion and equity underwriting climbed to US$1.03 billion.

Results were also padded by a US$2.1 billion reserve release, a benefit Dimon has downplayed as the biggest U.S. bank released large portions of what it set aside at the onset of the pandemic for potential soured loans.

The bank also lowered its outlook for net charge-offs in the card business to about 2 per cent from a previous forecast of less than 2.5 per cent.

The bank’s traders generated US$6.27 billion of revenue in the quarter, down from a year earlier but above the US$5.9 billion analysts expected.