One of Meta Platforms Inc.’s biggest bulls on Wall Street has finally capitulated.

JPMorgan Chase & Co. analyst Doug Anmuth downgraded his rating on the Facebook parent to neutral from overweight after Meta reported disappointing growth. Its shares plummeted 26 per cent, the most on record, and erased about US$252 billion in market value.

The company is “seeing a significant slowdown in advertising growth while embarking on an expensive, uncertain, multiyear transition to the metaverse,” Anmuth said in a Feb. 3 report. “We move to the sidelines as we believe shares will be under further pressure or range-bound in the coming month.” 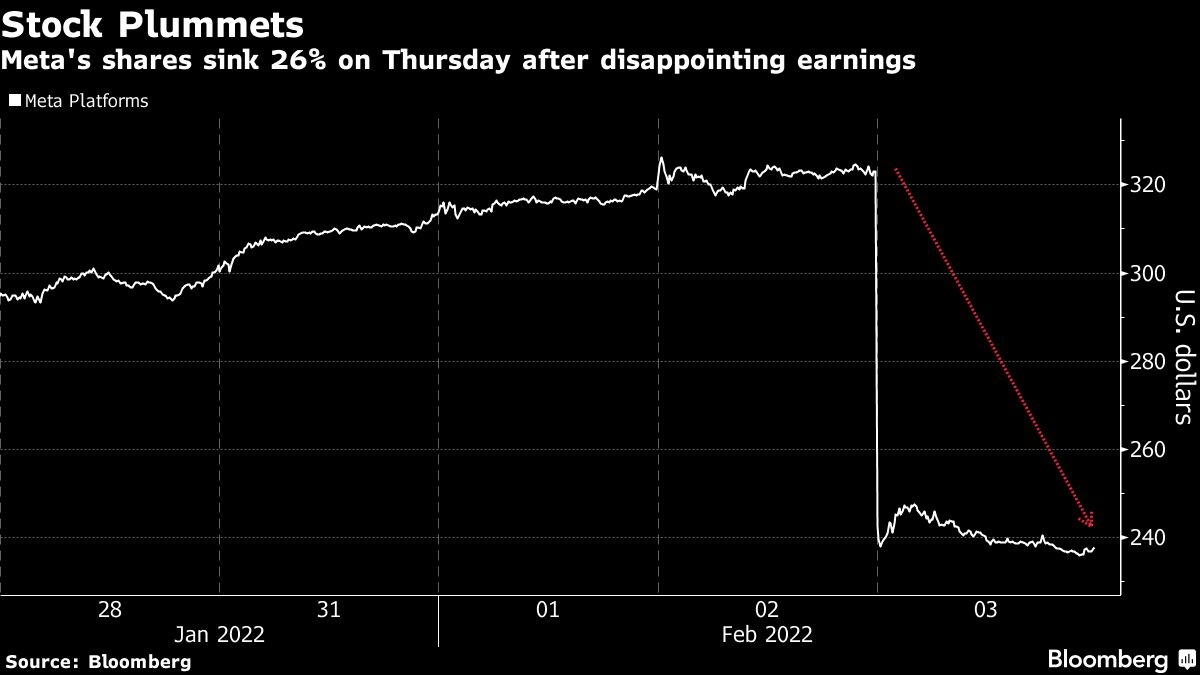 Anmuth has had a buy-equivalent recommendation on Meta since the company first went public in 2012, according to data compiled by Bloomberg. He also slashed his share price target to US$284 from US$385. Anmuth didn’t respond to requests for comment.

JPMorgan wasn’t the only one to downgrade Meta after the company gave a revenue forecast that fell short of expectations amid stagnating user growth and increasing competition from TikTok. At least three other firms cut their recommendations.

On the other end of the spectrum, Simon Baker at Societe Generale has had a sell rating on the stock since at least 2015. Baker didn’t respond to requests for comment.