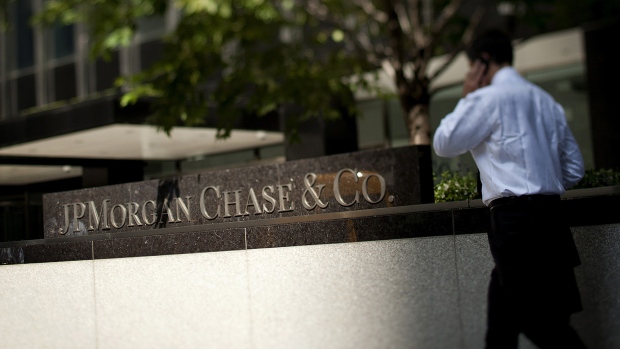 (Bloomberg) -- U.S. prosecutors took an unusually aggressive turn in their investigation of price fixing at JPMorgan Chase & Co., describing its precious metals trading desk as a criminal enterprise operating inside the bank for nearly a decade.

The prosecutors charged the head of JPMorgan’s global metals trading operation and two others on Monday, accusing them of “conspiracy to conduct the affairs of an enterprise involved in interstate or foreign commerce through a pattern of racketeering activity” -- counts more commonly known as RICO charges.

The RICO language, rarely used in big bank cases, suggests that JPMorgan may face deeper legal jeopardy that goes beyond the several individuals who have already been prosecuted.

“Based on the fact that it was conduct that was widespread on the desk, it was engaged in in thousands of episodes over an eight-year period -- that it is precisely the kind of conduct that the RICO statute is meant to punish,” Assistant Attorney General Brian Benczkowski told reporters.

“We’re going to follow the facts wherever they lead, whether it’s across desks here or at any other bank or upwards into the financial institution,” Benczkowski said.

Peter Carr, a Justice Department spokesman, said that the Racketeer Influenced and Corrupt Organizations Act -- a law often used against organized crime rings -- has been invoked in cases involving small trading operations and in corporate-conduct cases. But he and several former prosecutors said they couldn’t recall another use of the law to prosecute traders at a big bank.

This case differs from previous market-rigging cases in other ways, including the number of bank personnel who have been implicated by the government. JPMorgan pleaded guilty in a 2015 investigation of price fixing in currency markets, a matter in which one of the bank’s traders was charged. In the metals-manipulation matter, more than a dozen people participated in the scheme, prosecutors said. Two of them have pleaded guilty and are cooperating with authorities.

The indictments, which come after the government lost two manipulation cases in court, are a good indication that prosecutors are “undeterred and are becoming more, not less, aggressive” in cracking down on market manipulation, said Benjamin Singer, a former head of the Justice Department’s securities fraud unit who is now at O’Melveny & Myers LLP in Washington.

The head of the bank’s global precious metals desk, Michael Nowak, 45, and two others ripped off market participants and even clients as they illegally moved prices for gold, silver, platinum and palladium, the Justice Department said Monday. Nowak was placed on leave last month, a person familiar with the matter has said. The other traders charged were Gregg Smith, 55 and Christopher Jordan, 47.

JPMorgan and the traders didn’t immediately respond to requests for comment.

Prosecutors said the men engaged in spoofing, or the practice of making buy and sell orders for precious metals futures contracts with the intent to cancel those orders before execution. The conspirators placed those orders electronically and by phone calls to floor brokers in trading pits. The practice began before JPMorgan’s May 2008 purchase of Bear Stearns and grew even larger after that acquisition, the U.S. said. Jordan also engaged in manipulation while with Credit Suisse Group AG for about six months in 2010, prosecutors said. Credit Suisse declined to comment.

The banks weren’t identified in the filings, but their descriptions match those of JPMorgan, Bear Stearns and Credit Suisse.

By placing fraudulent orders, the traders were able to generate millions of dollars in trading profits for themselves and cause millions in losses for counter-parties, the precious metals desk and “ultimately” the bank itself, prosecutors said. Still, the men intended to deceive the bank, prosecutors said.

Both Jordan and Smith have lied to law enforcement investigators and bank compliance officers for years, according to the indictment. In 2010, Jordan intentionally lied to an investigator for the Commodity Futures Trading Commission about manipulation of silver prices, while Smith lied three years later to a CME Group investigator about his trading practices, it said.

Nowak and Jordan also lied on annual statements certifying that they were in compliance with JPM’s code of conduct in 2008 and 2009, while Smith lied in 2009 and 2010.

The JPMorgan investigation grew out of a multibank U.S. crackdown on manipulation of commodities markets using techniques including spoofing, in which traders place orders without intending to execute them to try to move prices in their favor. The Justice Department had already brought criminal charges against 16 people, including traders who worked for Deutsche Bank AG and UBS Group AG. Seven pleaded guilty, one was convicted at trial and another was acquitted.

To contact the reporters on this story: Tom Schoenberg in Washington at tschoenberg@bloomberg.net;David Voreacos in New York at dvoreacos@bloomberg.net