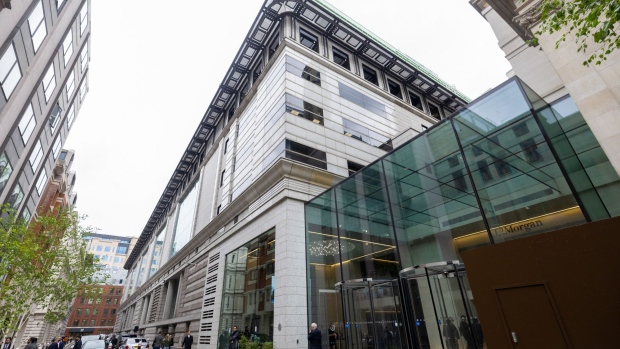 (Bloomberg) -- JPMorgan Chase & Co.’s UK digital lender has attracted 1 million customers in its first year of operation, making it one of the UK’s most popular neobanks.

Chase UK clients hold an average of £27,000 ($29,084) in their Chase Saver account, according to a statement Wednesday. The lender said it has processed about 92 million card and payment transactions since launch.

The US lender entered the British retail banking market in September 2021, initially offering a fee-free current account. It now holds more than £10 billion pounds of deposits. That’s more than Monzo Bank and Starling Bank but less than Goldman Sachs Group Inc.’s Marcus UK offering, which has accrued about £22 billion in deposits from 750,000 customers since launching in 2018.

Chase UK has 1,000 UK-based employees and said it is planning more hires. Still, such growth comes with a price tag. The New York-headquartered financial group earlier this year said it expected losses on its overseas digital banks to exceed $1 billion over the next five years.

Somani said the bank would consider acquisitions if the “right opportunities” presented themselves. He also said the lender is planning to offer full-service banking to UK retail consumers in the medium-term.