Bitcoin hovered near US$36,000 on Monday, below a level that strategists at JPMorgan Chase & Co. see as an inflection point for the digital coin.

The cryptocurrency could be hurt by an exodus of trend-following investors unless it can “break out” above US$40,000 soon, a team including Nikolaos Panigirtzoglou said. The pattern of demand for Bitcoin futures and the US$22.9 billion Grayscale Bitcoin Trust will help determine the outlook, they added.

“The flow into the Grayscale Bitcoin Trust would likely need to sustain its US$100 million per day pace over the coming days and weeks for such a breakout to occur,” the strategists wrote in a note on Friday.

Traders seeking clues about investor appetite for risk have been gripped by Bitcoin’s stunning rally and turbulent 10 per cent slide from a record of almost US$42,000 on Jan. 8. The cryptocurrency boom since March has reflected the ebullience of financial markets awash in stimulus -- as well as concern over whether gains will ultimately prove fleeting. 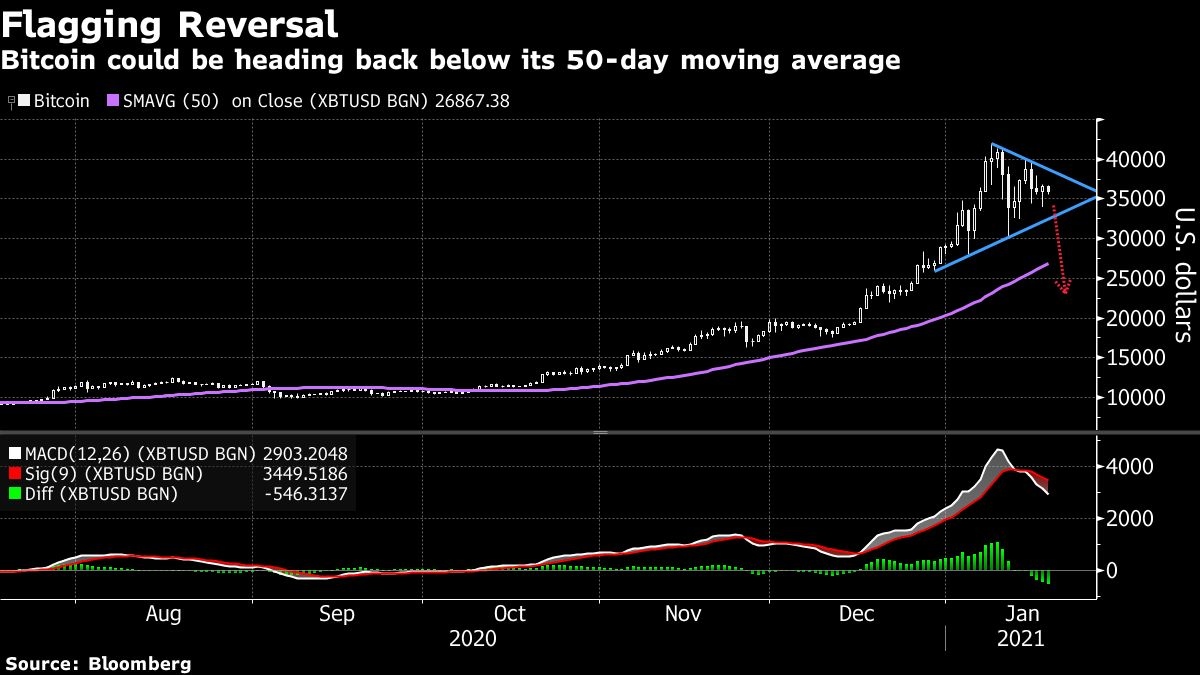 The JPMorgan strategists said Bitcoin was in a similar position in late November, except with US$20,000 as the test. Flows of institutional investment into the Grayscale trust helped the world’s largest cryptocurrency extend its rally, they wrote.

Trend-following traders “could propagate the past week’s correction” and “momentum signals will naturally decay from here up till the end of March” if Bitcoin’s price fails to break above US$40,000, they said.

Some, like Chris Iggo, remain skeptical of Bitcoin’s appeal to large institutions.

Bitcoin’s proponents argue it’s maturing as a hedge for dollar weakness and the possibility of faster inflation in a recovering global economy. Others say its defining characteristic remains speculative booms followed by busts.