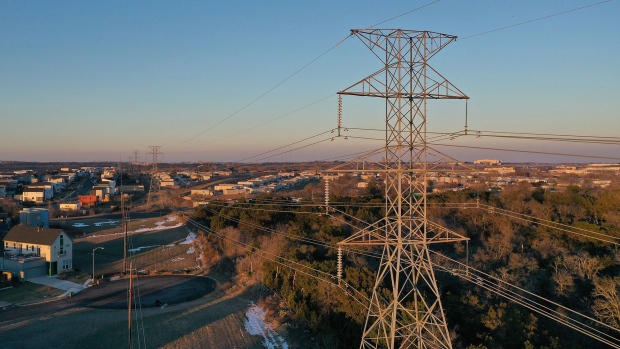 (Bloomberg) -- For months, JPMorgan Chase & Co. has been largely absent from the Texas municipal-bond market because of a new GOP state law targeting Wall Street banks for their gun policies.

But the bank raised its hand when a Texas financing authority put out a request for proposals last month for a $3.4 billion muni deal it’s aiming to sell by August to cover costs incurred by utilities during a deadly 2021 winter storm. The offering is poised to be the largest muni sale ever in the state.

JPMorgan was one of the roughly 40 banks that submitted a proposal, according to Lee Deviney, executive director of the Texas Public Finance Authority, which formed the entity that’s selling the bonds.

That newly created agency, the Texas Natural Gas Securitization Finance Corp., named the underwriters on Friday, and the list didn’t include JPMorgan. Some 30 firms didn’t get picked, Deviney said.

JPMorgan hasn’t underwritten any municipal-bond sales by the state or its cities since the law, known as Senate Bill 19, went into effect in September, according to data compiled by Bloomberg. It has underwritten two small Texas transactions -- both under $20 million -- since the measure took effect. Those deals were sold by nonprofit industrial development corporations, a category that appears to be outside the the scope of the law, which targets governmental entities.

The GOP law doesn’t allow governments to enter into contracts of over $100,000 with companies unless they provide a written verification that they don’t “discriminate” against firearms entities.

In September, JPMorgan told Bloomberg News its business practices should permit the bank to certify compliance with the law. But it said the legal risk of the “ambiguous law” prevented it from bidding on most transactions with Texas public entities.

The Texas Natural Gas Securitization Finance Corp. voted on Friday to name Jefferies Financial Group Inc. as the senior manager on the transaction, with Morgan Stanley and Hilltop Securities serving as co-managers.