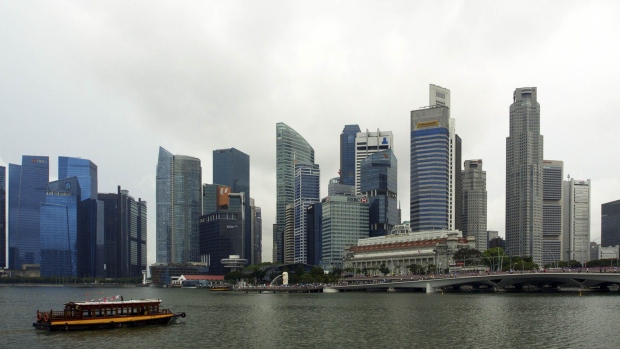 (Bloomberg) -- JPMorgan Chase & Co. plans to double the number of private bankers serving Chinese clients from Singapore over the next two years, signaling its ambition to tap growth from Asia’s second-largest wealth market.

The U.S. bank currently has more than a dozen relationship managers serving Chinese residents and those on the mainland from the city-state, said James Wey, the new head of Southeast Asia private banking. “With rapid wealth creation in China, there is a need for insightful advice around how to manage the new-found wealth,” he said in an interview.

Singapore is popular among the world’s rich to park funds, buy property and set up family offices. While the New York-based bank has a large team of wealth managers in Hong Kong, Singapore is the only Asian center where clients can book assets.

“Singapore is a natural hub for wealth management because of the very clear and investor-friendly regulation,” Wey said. “The wealthy, not just from China, but all over the world, view the country as a stable hub.”

The China team is the latest addition to JPMorgan Private Bank in Singapore, which has traditionally focused on local clients and those in Indonesia and has more than 50 relationship managers, Wey said.

While the private bank will expand all of its teams in Singapore, the rate of growth for the China group will be faster given that it’s the smallest and was set up less than two years ago, he said.

“Many large Chinese companies are using Singapore as their international headquarters,” Wey said when asked about target clients. “With that come a lot of senior people who have concentrated wealth holdings. They look at how to build that in a smart way for generations to come.”

The number of millionaires in China grew 11% to 1.3 million last year, a faster rate than Japan, home to 3.4 million millionaires, according to a report published in July by Capgemini SE.

Wey moved to Singapore in August to take on the current role from Hong Kong, where he was market manager for Taiwan from 2018. He joined the bank in 2008. Before that he was a management consultant with McKinsey & Co.