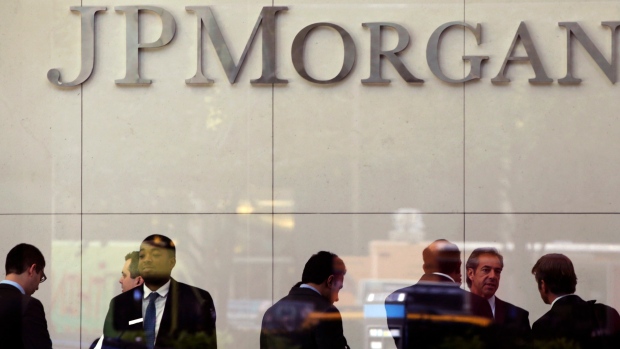 JPMorgan Chase & Co. is moving about 200 billion euros (US$230 billion) from the U.K. to Frankfurt as a result of Britain’s exit from the European Union, a shift that will make it one of the largest banks in Germany.

The U.S. bank plans to finish the migration of the assets to its Frankfurt-based subsidiary by the end of the year, people familiar with the matter said. The change could boost its balance sheet enough to become the country’s sixth-largest bank, based on the assets of the biggest commercial lenders last year.

A spokeswoman for JPMorgan in Frankfurt declined to comment.

The assets to be shifted represent slightly less than 10 per cent of JPMorgan’s total balance sheet. It also represents almost half of the total assets held by German branches of foreign banks at the end of June, according to Bundesbank statistics.

With less than four months to go until the Brexit transition period expires, international banks have been beefing up operations in the European Union to make sure they can service clients given the prospect that U.K.-based firms, including JPMorgan’s London operations, won’t retain passporting rights in a trade deal.

Given that increasingly likely prospect, the bank last week told about 200 London staff to move to continental European cities including Paris, Frankfurt, Milan and Madrid, Bloomberg News has reported.

However, it’s not just Brexit. JPMorgan has repeatedly said that its German unit will seek market share in investment banking, corporate banking and wealth management. As JPMorgan steadily strengthens its operations in Germany, the head of the Frankfurt-based unit, Dorothee Blessing, has been taking on additional responsibilities.

The bank has reassigned branches in European hubs including Paris, Amsterdam and Copenhagen to oversight by the Frankfurt subsidiary, which is known as J.P. Morgan AG. The unit has also indicated it plans to more than triple its core equity by the end of this year to 16.7 billion euros.

While JPMorgan has made the biggest shift to Frankfurt, other banks have chosen to bulk up in Germany’s financial hub, including Citigroup Inc., UBS Group AG and Standard Chartered Plc. 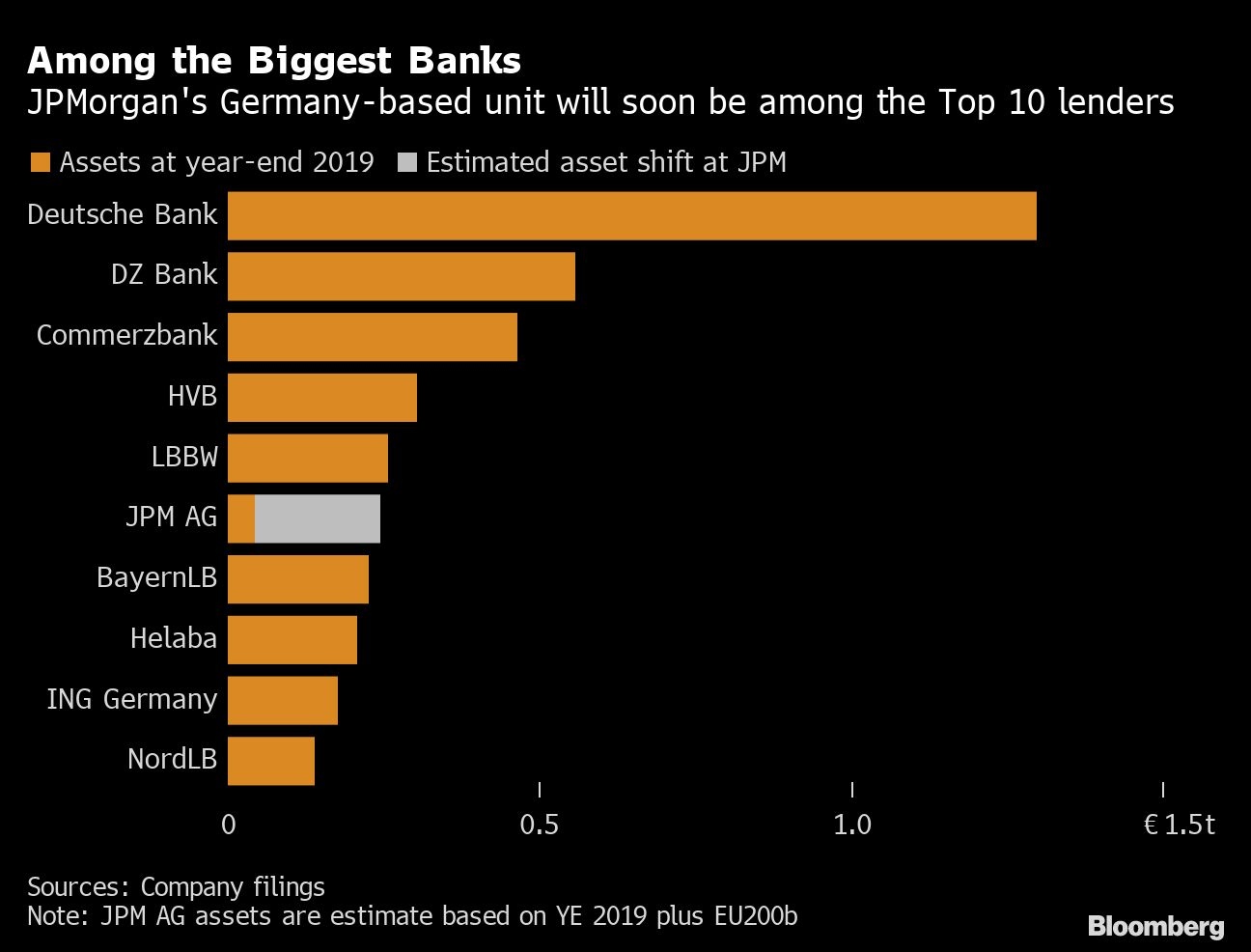