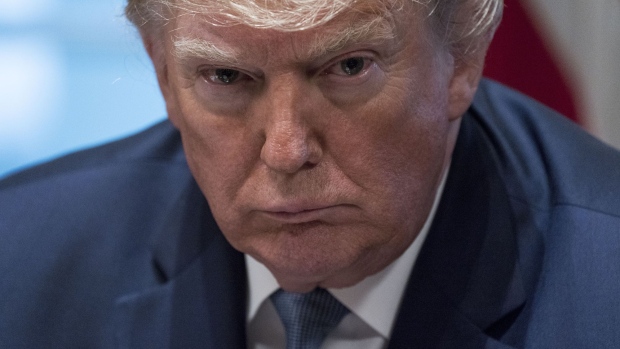 President Donald Trump failed again to invalidate his Georgia election loss and allow the state’s Republican-led legislature to declare him the winner -- his latest courtroom defeat in a quixotic effort to remain in office despite losing the Nov. 3 contest.

U.S. District Judge Mark H. Cohen in Atlanta on Tuesday denied Trump’s motion to “de-certify” Joe Biden’s victory in Georgia, saying the president was requesting “an extraordinary and unprecedented remedy” that would disenfranchise millions of people who lawfully cast their ballots two months ago.

“To interfere with the result of an election that has already concluded and has been audited and certified on multiple occasions would be unprecedented and harm the public in countless ways,” Cohen said in his decision.

During a hearing earlier Tuesday, for which there was no public dial-in access, the judge said the election was carried out validly under state law and the court can’t tell Congress which Electoral College votes it can count, a person familiar with the matter said.

The ruling came in a Dec. 31 lawsuit filed by Trump that rehashed claims of voter fraud previously made by his campaign and allies in dozens of other cases that were universally rejected by courts. The latest suit came just days before Trump held a controversial call with Georgia Secretary of State Brad Raffensperger, a defendant in the case, asking him to “find” just enough votes to overturn Biden’s win.

The judge also said Trump failed to cite any law or case “that provides for any mode of challenging electoral votes” that have already been certified and counted by the Electoral College, other than a method available for objections in Congress when the votes are formally opened and counted.

The hearing was held via videoconference for the lawyers and parties, but the public wasn’t permitted to call in after Trump’s lawyer declined to allow such access. The person familiar with the hearing, who asked not to be identified, provided details of the proceeding.

Georgia Governor Brian Kemp and Raffensperger, both Republicans, told the judge in a court filing Monday evening that Trump’s demands were “absurd,” and that his lawsuit was the result of a “manufactured crisis.”

Granting Trump’s request would “disenfranchise millions of Georgia voters” and “thrust the State of Georgia into constitutional chaos,” the officials said in the filing.

During the hearing, the person said, Cohen said Trump waited too long to challenge Georgia’s rules for mail-in voting during the pandemic, which were established in March, and that the president’s claims of rampant voter fraud should have been made earlier.

Trump’s lawyer, Kurt Hilbert, said in court that the president failed to challenge Georgia’s March settlement agreement with Democrats over the handling of mail-in ballots because he didn’t know how the election would play out, according to the person.

Trump had asked the judge to issue an order declaring Georgia’s election “null and void.” That would have paved the way for Georgia’s legislature to choose electors for Trump, even after he lost the state.

The states’ Electoral College votes will be opened and counted on Wednesday during a normally procedural joint session of Congress that dozens of Republicans will use to challenge Biden’s victory.

Cohen’s ruling may not close the book on Trump’s legal challenges to the Georgia results. The Dec. 31 federal suit made many of the same allegations as an earlier one his campaign filed in state court against Raffensperger. That case is scheduled for Friday before Georgia Superior Court Judge Adele Grubbs in Atlanta, though it’s possible the Jan. 6 certification will render the matter moot.