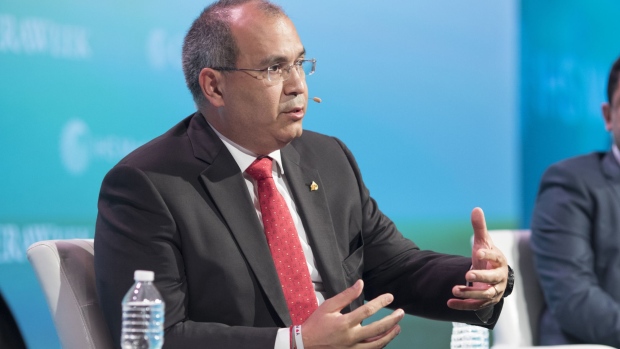 (Bloomberg) -- A federal judge in Mexico ordered the arrest of former Petroleos Mexicanos chief executive officer Carlos Trevino for not appearing at the hearing in which he was going to be charged with criminal association and money laundering, local newspaper Reforma reported.

Another ex-Pemex CEO Emilio Lozoya, who is accused of corruption but became a protected witness and avoided prison, testified against Trevino for alleged corruption linked to the Etileno XXI polyethylene plant in Veracruz state owned by a joint-venture comprising Brazil’s Braskem and Mexican company Idesa.

Trevino denies the allegations and sent the judge a letter through his defense team to justify his absence on the day of the hearing, arguing that the proceeding lacked legal certainty to guarantee a fair trial.

Trevino didn’t immediately respond to requests for comment on two social media platforms. There was no immediate response to a request for comment from the Attorney General’s Office.

The arrest order for Trevino is the latest in a series of measures taken by the government of Andres Manuel Lopez Obrador to crack down on alleged corruption under the previous government and dial back the energy reforms that opened the market to private competition. Lozoya’s past testimony accused former officials of bribing lawmakers to vote in favor of the oil reform, a charge which ex-officials deny.

Lozoya, who has become a poster-boy for Lopez Obrador’s anti-corruption messaging, has accused Trevino of receiving 4 million pesos ($196,000) in 2014 on the instructions of Luis Videgaray Caso, then Secretary of Finance. He also said that an ex-official of Brazilian construction group Odebrecht told him to deliver money to Trevino, among others, for the approval of a contract in 2010.