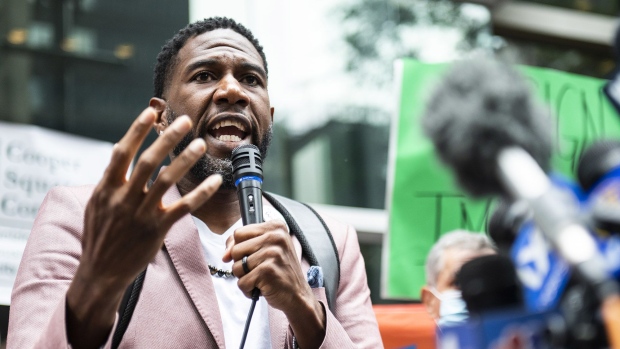 (Bloomberg) -- New York City public advocate Jumaane Williams officially filed paperwork with the state to run for New York governor, according to campaign filings with the state Board of Elections.

Williams is the first Democratic candidate to formally disclose a run against Governor Kathy Hochul, kicking off the 2022 New York governor’s race. Hochul, who took over the governor’s mansion earlier this year when Andrew Cuomo resigned over multiple sexual harassment allegations, has said she will run in the 2022 election.