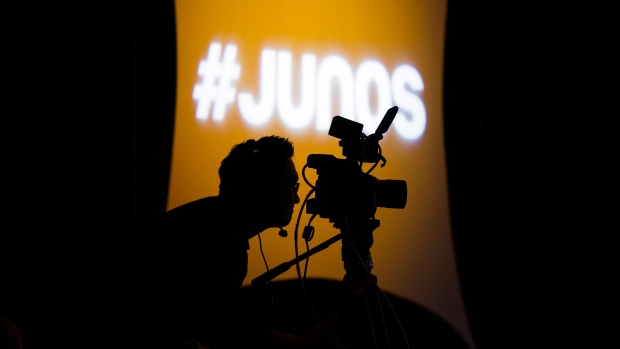 A videographer looks through his camera during the 2020 Juno Award nominee press conference in Toronto on Tuesday, January 28, 2020. Canadian music's Juno Awards, which were scheduled for Sunday in Saskatoon, have been cancelled as a precaution due to the COVID-19 pandemic. , THE CANADIAN PRESS/Nathan Denette

SASKATOON - The Juno Awards have been cancelled over concerns about the COVID-19 outbreak.

The show, which celebrates Canadian music, was to take place Sunday at the SaskTel Centre in Saskatoon, and broadcast on CBC.

The Canadian Academy of Recording Arts and Sciences says the decision was made with input and guidance from provincial tourism and health authorities.

Some artists had already flown to the city to partake in Juno Week music events tied to the awards show.

Organizers faced a flood of calls on social media for the event to be cancelled in the 24 hours leading up to Thursday's announcement, including some from doctors and politicians.

The Junos rotate through cities from year to year, providing an economic and tourism boost for the host region, with legions of artists and fans descending on the area.