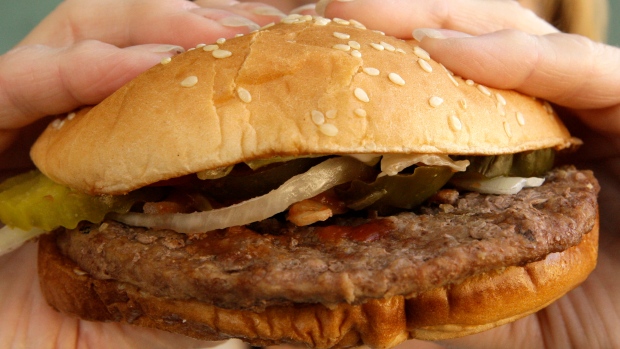 (Bloomberg Gadfly) — Just Eat Plc is almost unique in the online food delivery market in that it actually makes money. And plenty of it.

Unlike Uber Technologies Inc.'s food delivery service and British rival Deliveroo, Just Eat (JSTTY.PK) doesn't for the most part have its own army of couriers. It connects hungry customers with nearby restaurants, and it's the latter who are responsible for getting their cuisine to the diner's door.

So when Just Eat said on Tuesday it would be spending 50 million pounds (US$69 million) more than expected this year, investors gulped and divested a plateful of shares, sending the stock down 15 per cent at one point. Some of that money will go towards marketing, but a big chunk will go towards expanding its own delivery services.

In other words, this is a fundamental shift from Just Eat's famed "asset-light" model. You can understand the consternation of shareholders, when you consider that this business approach let Just Eat hit an Ebitda margin of 30 per cent last year, excluding writedowns. Uber and Deliveroo are loss-making in part because they have to pay their drivers and deliverers. For Uber, drivers make up between 70 per cent and 80 per cent of costs. Just Eat's costs on each transaction are as little as 20 per cent.

But Just Eat is in something of a pickle. After McDonald's Corp. (MCD.N) plumped for UberEats as its U.K. deliverer of choice, new CEO Peter Plumb wants to attract big fast food chains such as KFC, Burger King and Subway to his service. But those giants don't want to hike their own expenses with armies of couriers, and would far rather someone else take on the risk.

For reference, Burger King's parent Restaurant Brands International (QSR.TO) and McDonald's both enjoy an adjusted Ebitda margin of about 45 per cent. They aren't in the mood to imperil that by employing tens of thousands of deliverer drivers.

Just Eat has money to play with, though, with operating cash flow hitting 192 million pounds last year. It will hope to limit the size of its delivery fleet. The likes of Burger King, with 500 outlets in the U.K., would represent just a small minority of the restaurants it serves. The others will still be delivering their own grub.

Still, investors are right to feel a little indigestion. Just Eat's impressive sales growth of more than 50 per cent a year slowed slightly in 2017 to 45 per cent. The big new investment indicates that, to maintain that upwards trajectory, it will have to loosen its belt.