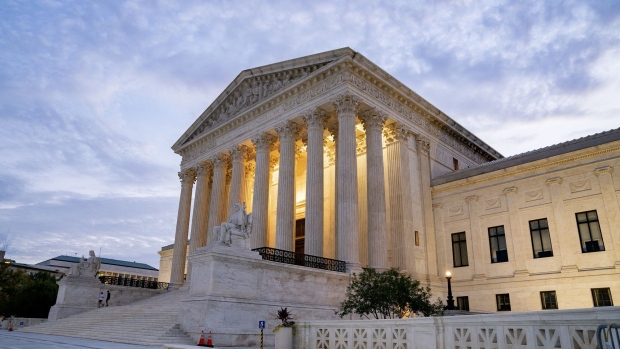 The U.S. Supreme Court in Washington, D.C., U.S., on Monday, Oct. 4, 2021. The court's conservative wing offers a menu of opportunities to exploit its 6-3 majority, and give Republicans the type of payoff they envisioned when they pushed through Justice Amy Coney Barrett's Senate confirmation just before the 2020 election. Photographer: Stefani Reynolds/Bloomberg , Bloomberg

(Bloomberg) -- The Justice Department asked the U.S. Supreme Court to lift Texas’s ban on abortion after the sixth week of pregnancy, setting up a new high court showdown over what is easily the most restrictive abortion ban currently in force in the country.

In papers filed Monday, acting U.S. Solicitor General Brian Fletcher also suggested the high court might hear arguments in the case and issue a full opinion, a move that would raise the stakes in what already is a historic fight.

The department said the Texas law violates Supreme Court precedents protecting abortion rights and unconstitutionally attempts to avoid judicial review with a novel mechanism that puts enforcement in the hands of private parties.