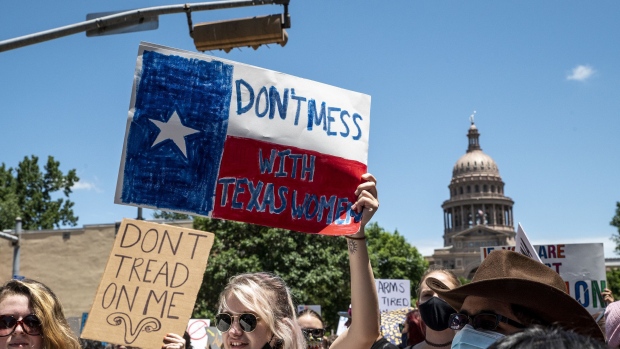 (Bloomberg) -- The Justice Department said it will ask the U.S. Supreme Court to lift Texas’s ban on abortion after the sixth week of pregnancy, setting up a showdown likely to determine whether the law stays in effect through the end of the year.

A federal appeals court, voting 2-1 Thursday night, let the law stay in effect as the case goes forward, even though a trial judge ruled the measure was unconstitutional.