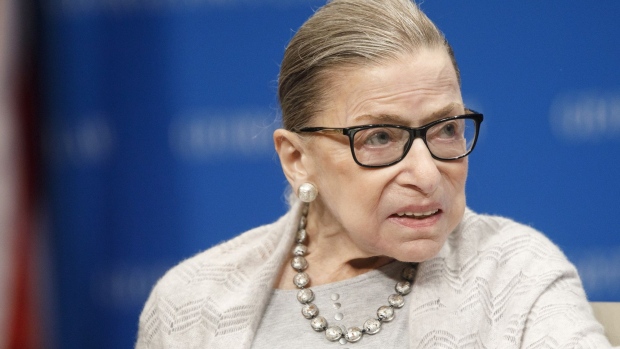 (Bloomberg) -- Justice Ruth Bader Ginsburg was released from a New York hospital Friday after undergoing a non-surgical procedure earlier in the week, the Supreme Court said.“She is home and doing well,” Supreme Court spokeswoman Patricia McCabe said in an email.Ginsburg, 87, was hospitalized Wednesday after doctors performed an endoscopic procedure to address an issue with a stent in her bile duct. The court, citing her doctors, described the procedure as a common one done to minimize the risk of future infection.