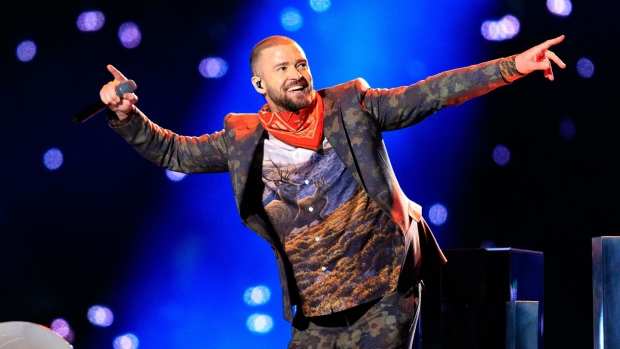 (Bloomberg) -- Hipgnosis Song Management is counting on chart-topping hits from the likes of Justin Timberlake, Nelly Furtado and Leonard Cohen to entice investors to its first ever music royalty-backed bond offering.

The $221.65 million securitization will repackage royalty payments -- including publishing and sound recording rights -- from a catalog of music by several high-profile singers and songwriters. The collection spans over 950 songs and is valued at $341 million, according to a Kroll Bond Rating Agency presale report.

KBRA has assigned the bonds a preliminary rating of A-, citing an experienced management team at London-based Hipgnosis and the multiple administrators for the collection, such as Sony Music Publishing, Universal Music Publishing Group and Warner Music Group. The top song in the catalog is Cohen’s widely covered “Hallelujah,” according to KBRA.

“We are seeing increased interest in music rights deals from both issuers and investors as more come to the market,” said Chris Baffa, a director at KBRA, in an interview. “If you went to the same market a year or two ago, the asset class wouldn’t have been as developed.”

Last month, performing-rights organization SESAC carried out a $335 million whole-business deal backed by music fees from artists like Adele and Neil Diamond. The company, which was bought by Blackstone Group Inc. in 2017 for $1.125 billion, also sold similar securities in 2019.

Goldman Sachs Group Inc. is leading Hipgnosis’s bond sale, which is expected to price next week, according to people with knowledge of the matter. The bank declined to comment.

Hipgnosis plans to use the proceeds from the securitization to help fund reserve accounts, pay transaction expenses, make distributions to equity investors and repay existing debt among other general corporate uses. The bonds will pay interest on a semi-annual basis with an anticipated repayment date in May 2027.

Music investment company Hipgnosis is the brainchild of Merck Mercuriadis, an industry executive who managed several top musicians from Elton John and Beyonce to Guns N’ Roses before founding the business in 2018. He still manages veteran composer and guitarist Nile Rodgers.