Justin Trudeau’s selection of Chrystia Freeland to be Canada’s new finance minister cements her place as his most trusted lieutenant, hinting the 52-year-old former journalist isn’t done with her political rise. But its real significance is that it signals the most decisive lurch to the left in economic policy in at least four decades.

Freeland has firmly established herself as Trudeau’s Ms. Fix-It during their five years in power, handling President Donald Trump on trade and the energy-rich western provinces on their grievances. She’s now being tasked with nothing less than remaking the country’s socio-economic architecture.

As she put it in her inaugural news conference, COVID-19 offers “a fabulous opportunity for our country” to craft an “equitable” and “green” recovery. This echoed Trudeau’s own promise “to get through this pandemic in a way that gives everyone a real and fair chance at success, not just the wealthiest one per cent.”

That’s a refrain increasingly heard all over the globe as the pandemic accelerates a surge in income inequality that began decades ago. For Freeland, it has long been a source of great concern. In 2012, she penned “Plutocrats,” a book that examines the growing divide between rich and poor and helped put her on Trudeau’s radar.

Making her vision a reality will mean using her consensus-building skills to parry resistance from business, provincial governments and a wing of the Liberal caucus that’s wary of huge deficits. 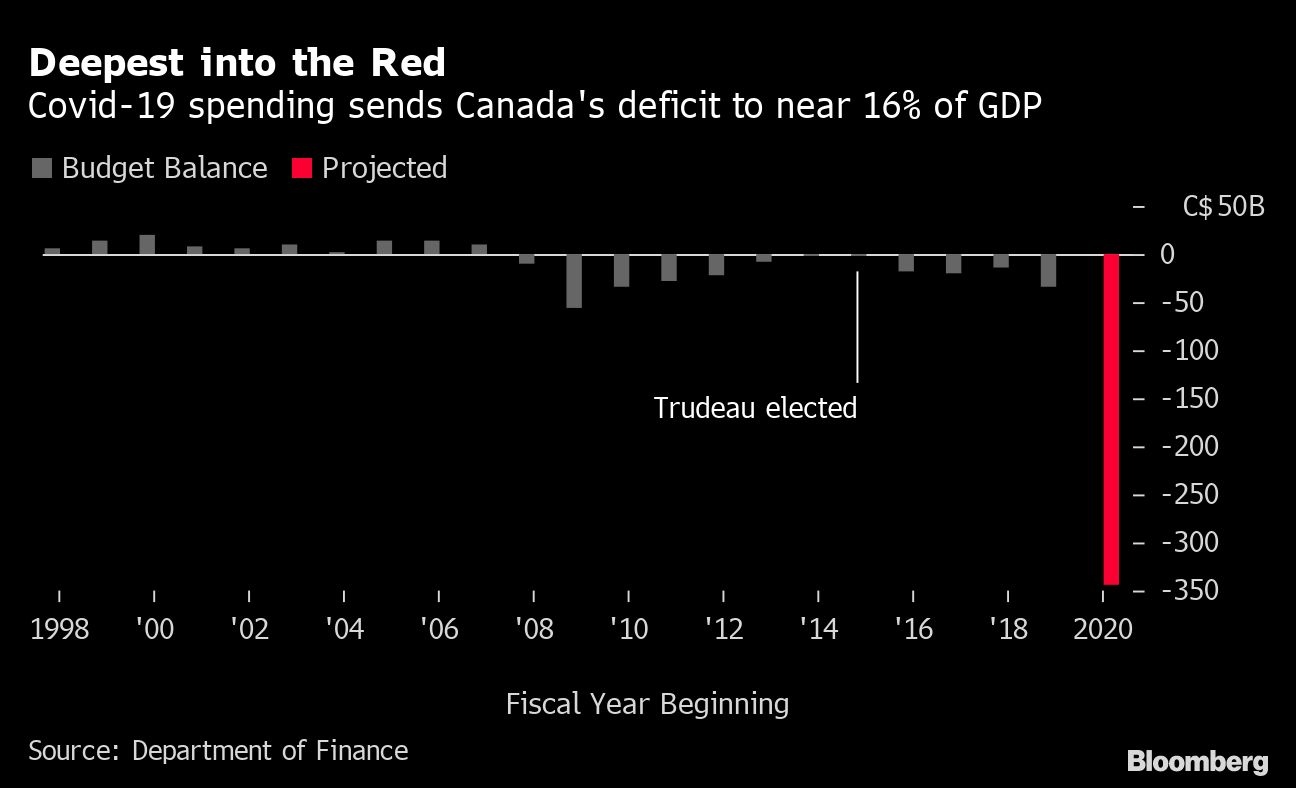 “She’s got a tough few months ahead of her but she brings a lot of good things to the table and I don’t think you can question her commitment and her fortitude,” said Scott Clark, a former senior official in Canada’s finance department.

Her first announcement as finance chief was a $37 billion package -- in the works before she took over -- to help the jobless and people who can’t work because they’re caring for family members whose lives have been disrupted by COVID-19. The government will unveil the next elements of its agenda in a Sept. 23 speech to open a new session of parliament.

Freeland showed her grit in the contentious renegotiation of the North American trade deal. The stakes were huge: Canada sends about three-quarters of its exports to the U.S. But the final deal was seen as a victory for her, with Canada making mostly minor concessions to Trump.

The trade scuffle established Freeland as Trudeau’s most reliable minister and made her a logical choice when the prime minister fell out with Bill Morneau, who resigned last Monday after tensions between the two broke into the open.

Morneau, as one of the most fiscally conservative members of Trudeau’s cabinet, fought at times against a prime minister’s office that was preoccupied with announcing COVID-19 financial aid as quickly as possible, sometimes with little economic analysis. Trudeau’s government is on track to run a record budget deficit of about C$343 billion this year -- 16 per cent of gross domestic product. It could go even higher, potentially exceeding the 18 per cent gap expected in the U.S.

It’s a major expansion of the federal government along the lines of the one overseen by Trudeau’s father, Pierre Elliott Trudeau, who increased program spending and deficits in the early 1980s to combat a recession.

The era of heavy borrowing won’t end quickly, Rosenberg said in an interview. “Anybody who thinks we will grow out of these deficits has to get off the tequila pretty quickly.”

Freeland is a more natural frontwoman for a government focused on inequality than Morneau, a wealthy former executive whose wife is part of the family that controls Canada’s C$10 billion McCain Foods Ltd. empire.

“We are living in an age of surging income inequality, particularly between those at the very top and everyone else,” she said in a speech in 2013, about five months before winning a seat in the House of Commons for Trudeau’s party, which was then in opposition.

“The dystopia that worries me is a universe in which a few geniuses invent Google and its ilk and the rest of us are employed giving them massages.”

Freeland, while not ultra-wealthy, has been part of that same globe-trotting elite since her career as an editor at the Reuters news service and the Financial Times. Her book’s acknowledgments include Eric Schmidt, George Soros, Jeff Immelt, and David Rubenstein on a list of people who “helped me to understand their world and some have become friends.”

A senior official in Trudeau’s government described Freeland as the intellectual muscle behind policy decisions to tackle inequality. She supports Trudeau’s vision of using the COVID-19 economic recovery plan as a vehicle for more reforms to help close a widening income gap, said the aide, who asked not to be named.

But it’s Freeland’s political skill, more than her ideology, that landed her the most difficult job in Canadian politics.

She has garnered a reputation as an effective problem solver who listens. An important part of her toolbox is using her charisma to disarm opponents and the media, as she did throughout more than a year of tough Nafta talks. That will be important in a role that inevitably involves making enemies within the government and the bureaucracy -- something she has largely avoided doing so far.

Ever since a debt scare in the early 1990s, Canada’s major parties have been aligned in favor of limited deficits and modest borrowing. It’s one of only two Group of Seven countries to retain a AAA assessment from S&P Global Ratings.

But COVID-19 has shattered that political consensus as Canada follows the global trend of governments borrowing to stimulus their economies because of the shock of the pandemic.

The question is what combination of policies Freeland and Trudeau will focus on. One line of thinking says they will go for large-scale investment in renewable energy and other green initiatives, selling it as a job-creation package that can help Canada get past its reliance on exporting oil and gas.

Provincial governments, however, will balk at any attempts to move into their jurisdiction on social programs. And many Liberals are uncomfortable with so much red ink.

Business leaders, whose relations with the Trudeau government have been fraught for years, also worry the government’s recovery plan won’t give serious attention to fixing the nation’s long-term competitiveness problem.

“People know this money has to be paid back and the best social program is a job,” said Goldy Hyder, president and chief executive officer of the Business Council of Canada.