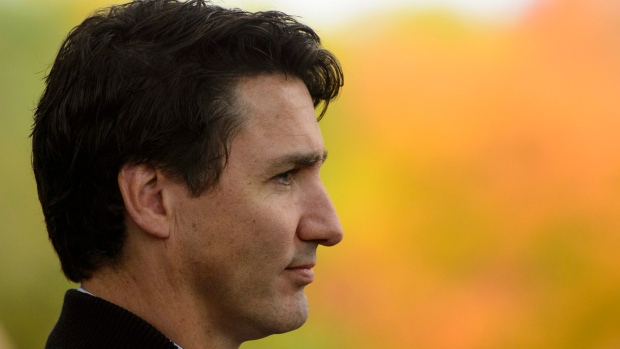 Liberal leader Justin Trudeau pauses during a campaign stop at the Botanical Garden in Montreal on Wednesday Oct. 16, 2019. The Canadian Press/Sean Kilpatrick

OTTAWA - Prime Minister Justin Trudeau is naming a new cabinet that both highlights Liberal campaign priorities and tries to address concerns raised by his rivals.

Chrystia Freeland, who gained a high profile as foreign-affairs minister, is turning mainly to domestic problems as minister of intergovernmental affairs as Trudeau grapples with strong opposition from some western premiers and rising nationalist sentiment in Quebec.

She is also taking on the title of deputy prime minister, a symbol of the key role she plays in the Liberal government.

Francois-Philippe Champagne is succeeding her as foreign minister, while Finance Minister Bill Morneau is staying in his job.

There are now 37 members of cabinet, including Trudeau -- up from 35.

Trudeau has also appointed Manitoba Liberal MP Jim Carr, who was most recently the international trade minister, to be a special representative for the Prairies.

Here is a complete list of the new cabinet.

With files from CTV News