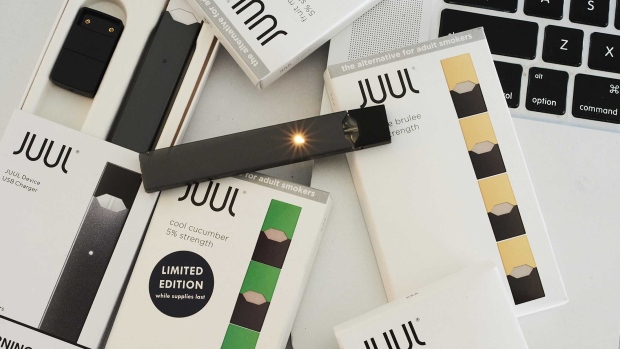 Vaping company Juul Labs Inc. has cut its valuation to about US$10 billion, an admission that the company once considered a Silicon Valley darling sees even more obstacles ahead.

The latest valuation was as of the end of the third quarter, and it valued the company at US$67.64 per share, Chief Executive Officer K.C. Crosthwaite said Thursday in a memo. The Wall Street Journal reported the valuation earlier.

Juul had been valued at US$38 billion in late 2018, when Altria Group Inc. took a 35 per cent stake. Juul has since faced a series of regulatory setbacks and a raft of lawsuits from parents, school districts and state attorneys general as its fruity and flavorful offerings attracted young smokers.

In January, the company valued itself at roughly US$20 billion. In May, Juul slashed its internal valuation by 35 per cent to roughly US$13 billion, days after the e-cigarette maker outlined plans to cut about a third of its workforce.

Shareholder Altria, the maker of Marlboros for the U.S. market, reports earnings Friday morning and could share then more information on its Juul valuation. Altria erased an earlier decline, rising 1.1 per cent to US$37.12 at 2:12 p.m. in New York trading. An Altria spokesman declined to comment.

“Today’s valuation does not surprise me, and I expect other investors to also arrive at lower valuation marks that factor in our recent restructuring,” Crosthwaite wrote in the memo obtained by Bloomberg News.