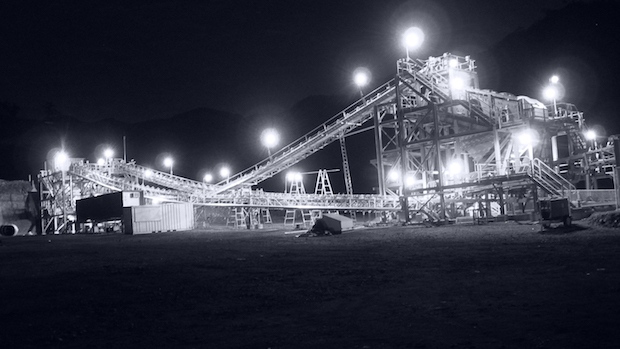 “Fast-tracking” is an overused phrase in the mining sector.

K92 Mining Inc. (TSX.V: KNT), however, has demonstrated exactly what that concept means.

Less than four months after going public on May 25th, 2016 the company has completed additional financings totaling $18.5 million. It also refurbished the mill and mine facilities with enhanced processing capacity, and has two drills turning onsite. With all of this accomplished, production looks to be just days away.

"The technical team on site has done an excellent job with the production restart, and we are on schedule and on budget,” stated Director and COO, John Lewins in a recent press release. “With that focus on track, and with the enhanced financial flexibility resulting from our recent financings, we are now looking to target a resource expansion that we believe exists.”

K92 has under-promised and over-delivered. This should be no surprise to those of you following patterns in the mining industry. The all-star team custom-built to get the high grade Kainantu Gold Mine back into production, has a track record of successful mining start-ups and re-starts all over the world.

The team includes such industry stalwarts as Chairman Tookie Angus (who is also Chairman of Nevsun and who has a reputation for being involved in some of the highest impact M&A activity in the sector including as a founding Director of companies such as Ventana Gold and Bema Gold), CEO Ian Stalker (who, prior to becoming well known throughout the mining world as the CEO of Uramin which went from a microcap to a US$2.5 billion takeover in a three year span, was the VP of Goldfields when it was the 4th largest gold producer in the world) and Alex Davidson (former Executive Vice President Exploration and Corporate Development of Barrick Gold).

In the depths of the last gold bear market, when nobody on the street wanted gold assets, the team behind K92 was aggressively seeking world class gold projects all over the globe and was able to purchase the Kainantu Gold Mine from Barrick Gold after Barrick entered into their divestiture mandate aimed at reducing debt at the world’s largest gold miner.

Bryan Slusarchuk, K92 President, notes, “When the rest of the world exiting or ignoring the gold sector, we were in acquisition mode. And, as one of the only buyers of gold assets at a time when Barrick was such a keen seller, we were able to negotiate a great deal at the bottom of the market. This timing and our team’s ability to finance the project and advance it so rapidly puts our shareholders in a strong position.”

K92 was fully financed to restart production when it went public, but strong demand from institutional investors allowed the company to raise another $18.5 million through two private placements and the exercise of previously issued warrants. In the company’s last placement at $1.17, a single investor took down the whole thing; none other than industry legend Ross Beaty.

The days and weeks ahead seem bright for K92. In addition to the imminent restart of gold production and the resource expansion goals, the company has also announced that it has commenced a scoping study to double the size of the existing mill capacity and a further study on production potential at the high grade Kora deposit which is 600 metres away from the company’s producing Irumafimpa deposit.

From a share price perspective, the company traded to a high of $2.24 since going public but is now in the $1.25 range. This is, in part, due to some previously restricted shares becoming free trading. In fact, 17 million shares come free on September 21st, 2016 and this may provide the last big opportunity to enter the situation before the commencement of production, initial expansion drilling results and the release of scoping study information.

K92 trades on the TSX Venture as KNT, in the United States as KNTNF and in Germany as 92K.